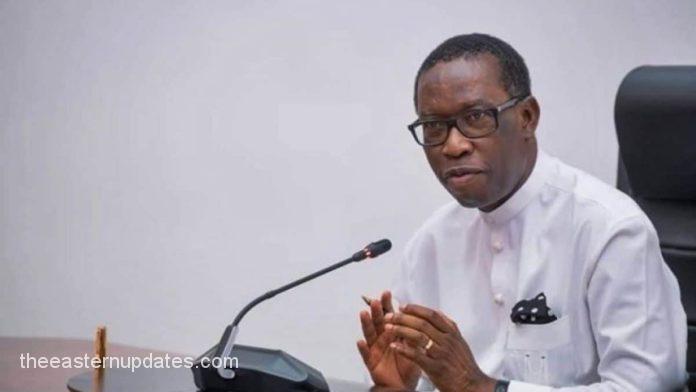 Apex Igbo socio-cultural organisation, Ohanaeze Ndigbo has urged the Movement for the Actualisation of Sovereign State of Biafra (MASSOB), to avoid creating needless division among Ndigbo ahead of the 2023 general election.

This comes after Comrade Uchenna Madu, the national leader of the MASSOB, advised Governor Ifeanyi Okowa of the Peoples Democratic Party, PDP, to quit identifying as an Igbo in a press statement.

The Ohanaeze Ndigbo Youth Council Worldwide took issue with the assertion, though.

In light of the fact that Okowa never denied being an Igbo, the Igbo youth group has now requested that MASSOB reverse its course.

In a statement signed by the Ohanaeze Youths National President, Mazi Okwu Nnabuike and the National Secretary, Comrade Obinna Achionye, they maintained that Okowa had always identified with the Ohanaeze.

‘They cannot because of the attack on agitators in Delta State deny the identity of Ifeanyi Okowa. Even in our domain here in the South-East, agitators are killed too.

‘That shouldn’t be a criteria to know who is Igbo or not, such a claim is baseless.

‘Is MASSOB now saying that Ambassador Ralph Uwaechue is no longer Igbo?

‘Apart from Governor Ifeanyi Ugwuanyi of Enugu State, none has supported Ohanaeze Ndigbo more than Okowa before now. Is it because he’s not making noise about it?‘ The group queried.

It further asked the MASSOB to emulate the IPOB on being issue-based, stressing that ‘they should not allow themselves to be used by political parties. This is why there is this wrong speculation that certain presidential candidates have affiliation with agitators.’