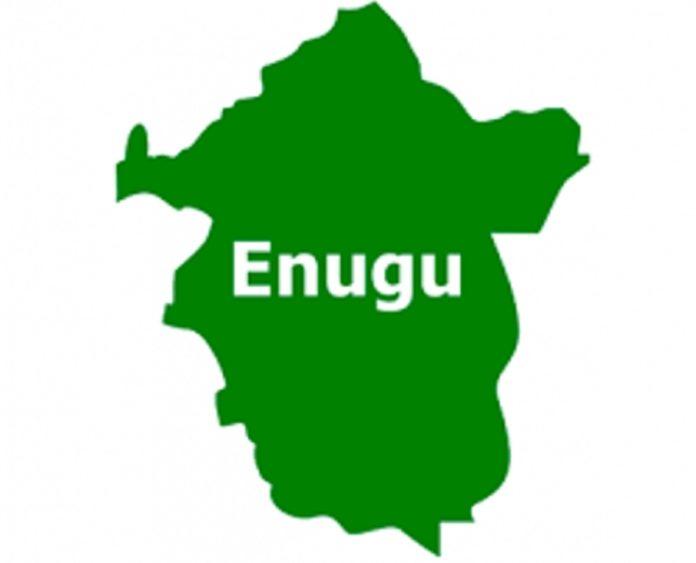 The indigenes of Edeaniagu, Ishi-Ozalla community which is located in the Nkanu West Local Government Area of Enugu State have gathered en masse on a massive protest where they had marched into the Enugu State Government House in their numbers on Thursday to openly protest some of the injustice which had been meted against them by a former minister of information, Frank Nweke Jnr.

Nweke had been identified as the Enugu State governorship candidate of the All Progressives Grand Alliance, APGA in the 2023 general elections.

Read Also: How We Intend To Dismantle PDP In Enugu – LP Guber Candidate

A similar protest had also been staged against him last year.

However, they returned to the Government House, where they told Governor Ugwuanyi that things had worsened since their last visit.

The leader of the group, Chief Munachimso Ebelechukwu (Ufam Ozalla) told the Governor that Nweke had always attributed every of his unjust actions to the Governor.

While recalling their earlier protest in 2021, Okoye said “we were here last year to complain about the inhuman, very pathetic, unjust treatment that Frank Nweke and his cohorts have been unleashing on us.

“But Your Excellency, we are surprised because every incident that happened in Ishi-Ozalla, Frank Nweke said you are behind it. Frank Nweke imposed a Chief on us; whereas the community has unanimously elected an Igwe, our illustrious son, Don Sylvester. Frank Nweke told us that you, Your Excellency, sent him, with some of his other political cabals, to come and impose Igwe on us.

“We could also recall that you asked us to come and make peace; you asked that both parties come to your office, have you seen both parties?

“Why is he excluding Edeana Agu from the service of the community? He elected a President-General, Obinna Nvene to do his bid. The young man came and found out that Frank Nweke is destroying our community. He told him ‘No’, let’s do what the governor said. He said he has impeached him.

“Obinna Nvene took them to court and he won them. We are here to hear from you because everything that happens, Frank will tell us the Govenor said, and we have been keeping quiet.”

They demanded an end to the imposition of a traditional ruler in Ishi-Ozalla.

“Our Igwe is Don Sylvester Nweke or nobody. We will rule Ishi-Ozalla or grant us our own autonomous community. Frank Nweke is a racist practicing hate and divisive politics in Ishi-Ozalla.

“Frank is intimidating us with his position as former minister and Chief of Staff Enugu State by perpetuating himself as life regent of Ishi-Ozalla for almost a decade and he said that the Governor permitted him to do so.

“Frank Nweke and his cabal ostracized 7 villages of Edeaniagu and have not made peace today as advised by the Governor. This, you can see in non-inclusion of Edeaniagu indigenous people in executives or in anything in Ishi-Ozalla.

“We are here to hear directly from the Governor that we are not part of Enugu State or he should call Frank Nweke and his cohorts to order by giving us Igwe of Ishi-Ozalla or our own autonomous community. Anything short of this calls for anarchy and complete insecurity in Ishi-Ozalla,” the community declared.