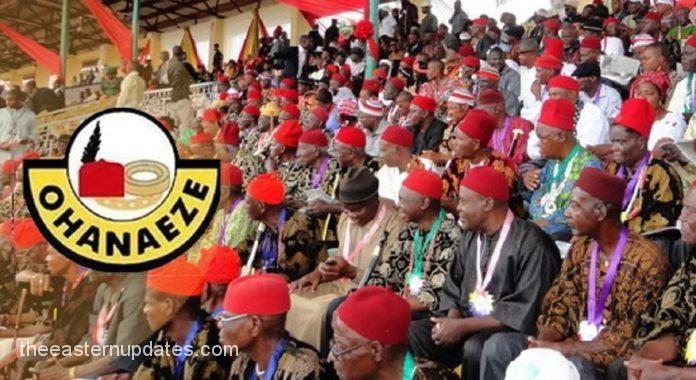 Apex Igbo socio-political organisation, Ohanaeze Ndigbo, has called on President Muhammadu Buhari, Northern Elders Forum (NEF), as well as Arewa Consultative Forum (ACF), to speak out against the ongoing killings of Christians in the North rather than focusing on other the South East.

Ohanaeze had accused Northern groups of trying to use the insecurity in the Southeast to blackmail presidential candidates from the region.

Mazi Okechukwu Isiguzoro, the Secretary-General of Ohanaeze, spoke against the backdrop of Northerners killed in the Southeast.

Isiguzoro accused Northern politicians of blackmailing their Southern counterparts over the killings of Northerners in the Southeast.

A statement by Isiguzoro reads partly: ‘We are stunned over the blackmail from ACF and NEF against the Southeast Politicians over the killing of Northerners in the Southeast.

‘We are fully aware of the fact that there are attempts by Northern Groups and APC to use the insecurity challenges in the Southeast to blackmail the southeast Presidential candidate in 2023.

‘We want to ask President Buhari, ACF, and NEF, what efforts they deployed to thwart and halt the spread of Northern banditry and vicious activities of killer herdsmen from the North to the south.

‘Why did Federal Government and Northern Cultural Organizations ignore the US and UK alarms about the imminent spread of Northern Insurgency to the south by the middle of the Year 2021, especially towards the East? We have taken the lead in condemning the killing of Northerners in the East and charged President Buhari, ACF, NEF and Northern Groups to follow suit.’