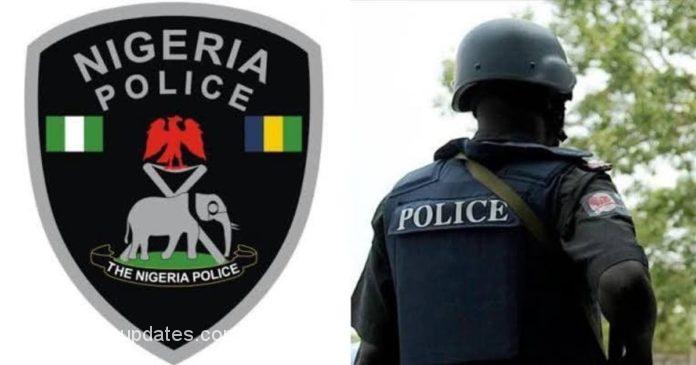 An escapee serial killer who was identified as Osita Ogbuiri, aka Shina Rambo, from Mmahu in Ohaji/Egbema LGA of Imo State has been reportedly shot dead during a gun duel with the police.

The police disclosed that Shina Rambo was among the prison inmates who had escaped from the Imo Correctional Centre, Owerri, on the 5th of April, 2021, while serving life imprisonment for the murder of two persons.

The Imo police spokesperson, Michael Abattam, disclosed this in a statement obtained by The Eastern Updates on Friday.

He said Ogbuiri was neutralised in the process of the exchange of gunfire while others escaped with bullet wounds.

The statement said he had been on the wanted list of the Command for his involvement in violent crimes like armed robbery, kidnapping and terrorism.

Narrating further, the police said he was trailed by the command’s tactical teams after diligent gathering of both technical and credible intelligence to their hideout in Utuma/Ukwa, a boundary between Abia and Cross River state.

The police spokesman said one pump action gun with 17 expended and four unexpended cartridges were recovered at the scene.

According to the police, “After escaping from Imo Correctional Centre Owerri, he went into hiding in a neighbouring state, where he formed a terror group, operating in Ohaji Egbema LGA and its environs, terrorizing innocent people in the community.

“The suspect, Osita Ogbuiri is a member of a deadly cult group called “DE-GBAM” and has been involved in several violent attacks/killings of security agencies. It is on record that, he led his gang members in the killing of the Town Union President, Charles Mgbarahu ‘m’ of Mmahu Egbema in Ohaji Egbema LGA and six others on the 8th of February, 2022, in a rivalry cult clash.

“Also on the 9th of July, 2022, he killed a police Inspector in Obokofia and on the 21st of July, 2021 he murdered a Naval officer all in Ohaji Egbema respectively.

“Meanwhile, the corpse of the notorious bandit have been deposited at the Federal Medical Centre (FMC) Owerri, lmo State; the Community is still agog; while concerted efforts are being made to arrest other members of the gang at large.”