HomeFeaturesWe're Only After Herdsmen And Not Fulanis - ESN Reveals
Features

We’re Only After Herdsmen And Not Fulanis – ESN Reveals 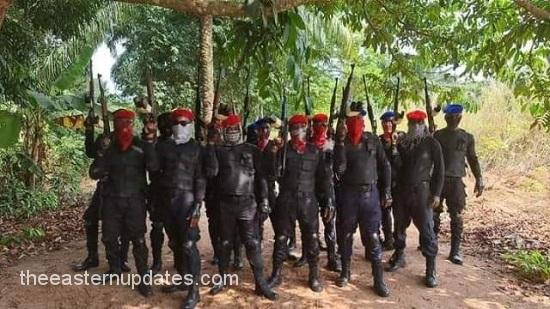 The Indigenous People of Biafra, IPOB, on Wednesday, made clarifications to the public about some of their activities while assuring the responsible Fulanis who are carrying out their legitimate business in the South-East of their safety.

IPOB had also revealed that it is not actually pursuing responsible Fulanis carrying out their legitimate businesses in the South-East.

Read Also: The People We Killed Were ESN Members, Not Wedding Guests –DSS

Emma Powerful, the spokesperson of IPOB, made the remark while commending the Eastern Security Network, ESN, for confronting alleged terrorists masquerading as herders in Lokpanta area of Abia State.

A statement by Powerful reads partly: “We, the global family and movement of the Indigenous People of Biafra (IPOB) under the leadership of our great leader Mazi Nnamdi Kanu commend the doggedness of our great security outfit called the Eastern Security Network (ESN) who confronted the terrorists masquerading as herdsmen at Lokpanta on 22nd July 2022.

“We commend the IPOB leadership who has seen what our people are going through at the hands of these terrorists kidnapping for ransom, raping our mothers on farms, killing our men on their farms and snatching cars from all the travellers following the routes in Isiukwuato, Umunneochi, Isuochi and Okigwe since over two years but the government refused to heed to the crying of the citizens.

“IPOB hails them for doing the needful in that area; we are not pursuing responsible Fulanis not to do their legitimate business. But we are after those terrorists masquerading as herdsmen kidnapping and destroying our people’s lives and farmlands in that area.

“IPOB and ESN are responsible for the killing of cows encroaching into people’s farmlands. We also warn the Fulani terrorists not to venture to attack any Community in the area as in their nature.

“If they attack any community, that means Fulani will no longer be allowed to do business again in that market. IPOB advise all Fulanis in a legitimate business to ensure they stay within the designated areas assigned for them in the market. They must not exceed the square meters and measurements given to them in that market. If they do, they will have scores to settle with IPOB.”