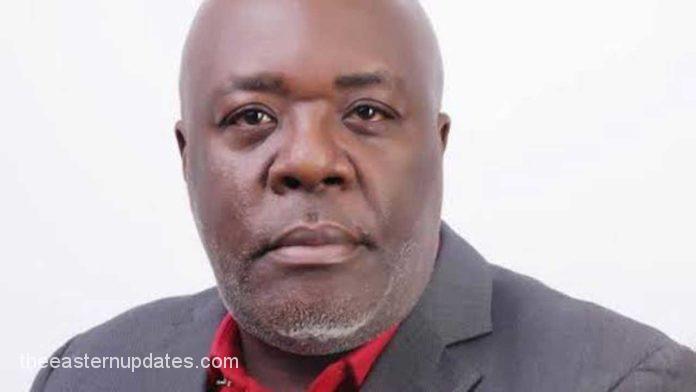 The battle for the soul of the All Progressive Grand Alliance (APGA), between Victor Oye and Edozie Njoku took a new turn yesterday, as the latter reported to the Force Criminal Investigation Department, FCID, Abuja on the invitation of the Nigerian Police.

The Eastern Updates reports that the two men have been engulfed in a leadership tussle, each laying claim to the national chairmanship of the party.

Recall that Oye had earlier in the week, called on security agencies to pick up Njoku for questioning, accusing him of doctoring the ruling of the Supreme Court on a case brought before the lower court by one Jude Okeke.

The Police promptly invited him (Njoku) in a letter dated July 19, 2022 and signed by Deputy Commissioner of Police, DCP Garba Ahmed.

In a statement issued by the Njoku-led executive and signed by Okoro Benedict, national administrative secretary of APGA, the party noted that contrary to ‘puerile and infantile news being spread by Victor Oye and his men that Edozie Njoku has been arrested by some police operatives, this is totally false and baseless.’

The statement read: ‘Njoku was invited by the Nigerian Police through a letter dated July 19, 2022, to the Force Criminal Investigation Department, FCID. The invitation letter was signed by DCP Garba Ahmed.

‘This morning (yesterday), Edozie Njoku honoured the invitation as a senior responsible citizen. The senior police officers in charge of the petition have given him a classical appraisal for turning up timely, conducting himself with utmost distinction and arming the police with Certified True Copies, CTC of the Supreme Court Judgment of the five Justices, Enforcement Order and Proof of Service on INEC by the Supreme Court.

‘The Police have called on Victor Oye and his men to turn up and counter all the profound evidences that Edozie Njoku had obliged them. Interestingly, Oye and his men are nowhere to be found. He that alleges must prove. He that comes to equity must come with clean hands.

‘We thank all our unassuming APGA members and teeming supporters. We want to assure them that there is no cause for alarm.’

Speaking exclusively with Vanguard shortly after leaving the FCID, Njoku said the whole exercise lasted for an hour, adding that the police would now proceed to the apex court to verify the authenticity or otherwise of his claims.