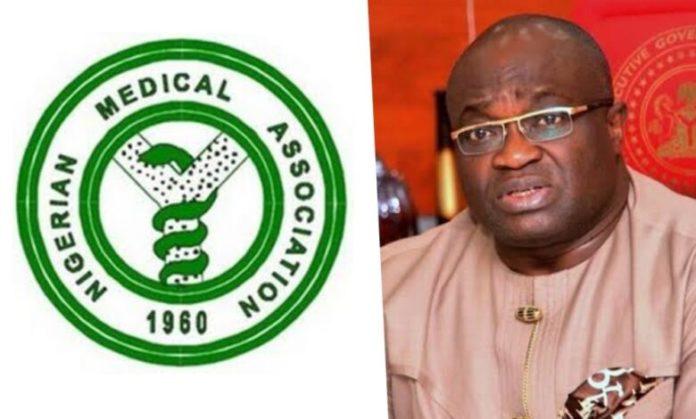 The strike embarked upon by the Abia State chapter of the Nigerian Medical Association (NMA), over non-payment of arrears of salary has entered its 3rd week with the leadership vowing to sanction any of its members who violated the national body’s directive on the strike in the state.

This was made known by the Public Relations Officer (PRO) of NMA in the state, Dr. Christian Irondu, during a monitoring exercise in compliance with the directive in Aba.

Dr Irondu asserted that this week was the third of carrying out the strike in obedience to the directives of the national body of the Association.

He said during the monitoring exercise, names of members who defaulted, would be sent to the state chairman of NMA for onward transmission to the disciplinary committee for appropriate disciplinary action.

Dr Irondu said the every Tuesday strike which included doctors in private practice would last for one month after which if the state government fails to clear the arrears of salary the doctors, the national body of the Association would direct further action to be taken if deemed necessary.

“This serves as a warning to the state government and if nothing was done after one month, the national body of the Association will direct for further stringent action they seem necessary.

Chairman of NMA, Aba zone, Dr Abali Isaiah, said non-payment of the doctors’ salary was one of the reasons ABSUTH lost its accreditation.

Dr Ben Kuba, Chairman of the Private Medical Doctors Association, Aba branch, said members of the monitoring team were out to make sure none of its members attended to patients on Tuesdays, except in emergency cases.