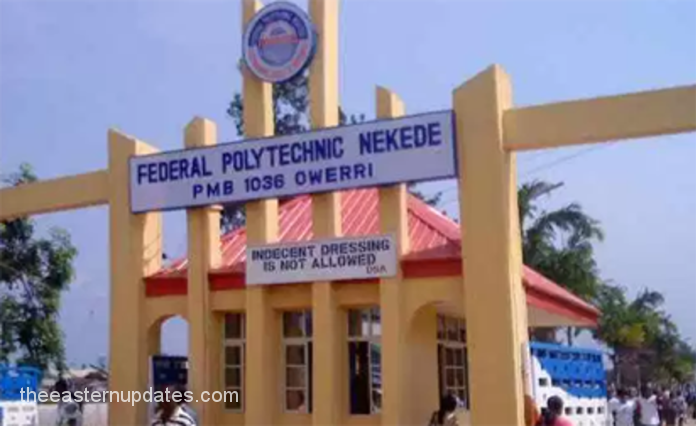 Emeka Uwalaka, who is a student of the Department of Civil Engineering, was said to be returning from church on Sunday when the yet-to-be-identified cop reportedly shot at him with the bullet hitting the student’s hostel gate.

It was not clear what the policeman accused Uwalaka of doing, but the trigger-happy cop who was in company of three others was said to have fled the scene after the incident.

As the students heard the gunshots, they reportedly scampered for safety for fear of stray bullets.

Narrating the incident to reporters on Monday, Uwalaka, who said on his way back from church on Sunday, he noticed people were running and asked the caretaker why everyone at Ben_jen lodge was on the run.

According to him, ‘I only asked Mr Prince, the hostel caretaker who happens to be my brother, what happened. I didn’t even talk to the police officers and that was my only offence, before the trigger-happy officer shot directly at me. I thank God I was not hit by the bullet.’

Continuing he said, ‘Immediately I took a step toward the gate, what I saw was the muzzle, the front end of the gun pointed at me, if not God and the fact that I moved back immediately, I would have been a dead person today.

‘I didn’t talk to the officer neither did I confront him. I appeal to Nigerians to please ask him what I did to him.’

He called on the Commissioner of Police, Imo State Command to fish him out and sanction the said police officer to serve as a deterrent to other officers who are so quick in taking laws into their hands.

Also speaking, Okeke Prince, the caretaker of the lodge expressed shock because he was not sure of their safety in the hands of the policemen anymore.

According to the caretaker, ‘These officers assaulted Mr. Okpara Emmanuel of the Department Electrical Engineering, who is waiting for NYSC call-up and I queried why they took away his wristwatch, his phone and insisted they must search his room. I have to intervene because I’m the caretaker but it only took the intervention of the community vigilantes to calm the situation.’

He said the police officer must face the wrath of the law.