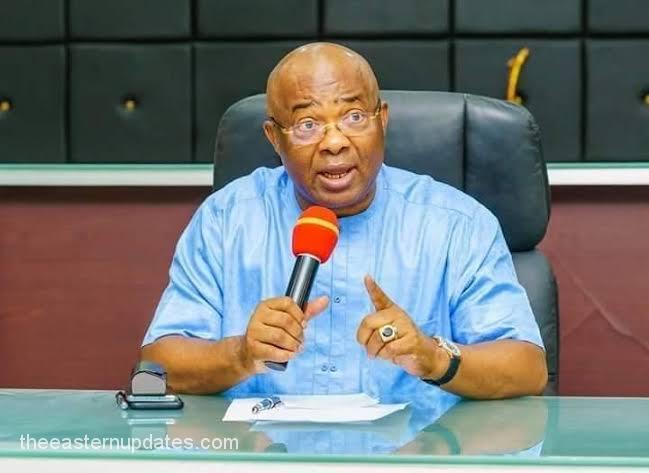 Imo State Governor, Sen. Hope Uzodinma has expressed deep sadness over the death of the Secretary-General of the Organisation of Petroleum Exporting Countries (OPEC), Muhammad Sanusi Barkindo describing it as ‘unfortunate’.

The Eastern Updates reports that Barkindo died at the age of 63 on Tuesday night in Abuja, barely a few hours after he paid a courtesy call on President Muhammadu Buhari to brief him on his tenure that was about to end at OPEC.

In a statement by Oguwike Nwachuku, the Chief Press Secretary and Media Adviser to the governor, on Wednesday, Uzodinma described the death as ‘shocking, unbelievable and unfortunate.’

Uzodinma said, ‘Barkindo was a prominent Nigerian professional, who devoted his time and energy in the service of the country both nationally and internationally.

‘Barkindo died when his services were still required in the country because of his vast knowledge in private and public administration as well as in the oil and gas industry.’

Uzodinma went on to also commiserate with the immediate and extended family, friends and associates of the deceased and prayed to God to grant them the grace and fortitude to bear the unexpected loss.

The Senate President says Barkindo’s stewardship at OPEC made him a pride for Nigeria and Africa, adding that his death is a monumental loss to Nigeria, the world, and particularly to the global energy community.

According to the Group Managing Director of the NNPC Limited, Mele Kyari, Barkindo died on Tuesday night and was said to be buried on Wednesday in his hometown in Yola, Adamawa state.

Earlier on Tuesday, he met with President Muhammadu Buhari, during which he announced that his six-year tenure as OPEC scribe was coming to an end.