Okorocha Had The Worst Govt In Imo’s History – Jude Agbaso 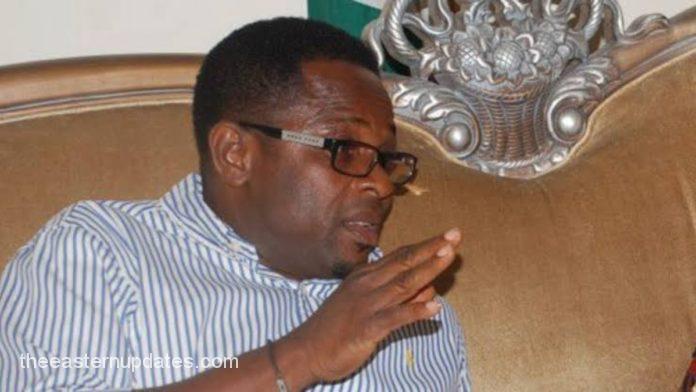 Jude Agbaso who was the former Deputy Governor of Imo State while served under the the tenure of Rochas Okorocha as his second has announced that the administration of the present Senator who is currently representing Imo West Senatorial District at the 9th Nigerian Senate has been tagged as one of the worst in the history of Imo State.

Agbaso, who had been impeached by the then House of Assembly but eventually cleared by the court eight years after, had on Monday made this statement while he was speaking to newsmen in Owerri, Imo State capital.

Agbaso, who also doubled as the Commissioner of Works under the same administration, described Okorocha’s eight years as locust years, a total failure and the worst in the history of the state. He said the ex-governor was undemocratic and self-centered in his approach to governance.

According to him, “Okorocha turned down many sound developmental ideas coming from him and gave deaf hear to words of advice from other concerned citizens aimed at helping him govern the state well.”

He also accused Okorocha, who currently represents Imo West in the Senate, for the arbitrary allocation of contracts without due procedures which amounted to huge wastage of the state resources.

He maintained that his purported impeachment, which was later nullified by an Owerri High Court in February 2021, was because of his insistence during the administration that due process should be followed in every transaction and project of the government.

“Yes I had regrets (being Deputy Governor to Okorocha) especially when you work with people, you make reasonable inputs, but you are being ignored. I give you an instance again, Rochas Okoroch said he was going to build 4,000 kilometers of road network.

“I told him, this is a practical impossibility. It is unachievable. I knew what our monthly receivable from the Local Governments was. I knew what they were for the State Government.

“I asked him, why don’t we do this in a planned, concise manner. Why will you be telling people, hey Mr. A do a contract from here to here; no bill of engineering quantities and no description. So because of that, I asserted my decision that I wasn’t going to append my signature on any unreasonably given contract.

“And after I left, no contract was officially and properly done. None of them worked. The few roads that were constructed like that, couldn’t even last a season. The painful thing was that Imo people lost so much money under Okorocha,” he said.

According to him, “When the Governor tells the civil servants, you can work three days in a week and use the rest days of the week to go to the farm. Is that a way to organize the civil service?

“After I left the Ministry of Works, there are no records during the Rochas years; contracts were awarded in the Government House. No Permanent Secretary, no Director, no Engineer because these are the people that keep records in the ministry.

“So, it became obvious that Rochas does not listen to all these sound policy suggestions. The mind set was to do what pleased him and it is to the exclusion of building strong institutions.”