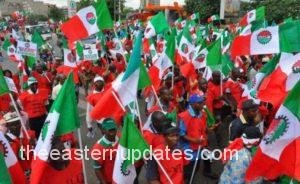 In a fresh show of support, the Nigeria Labour Congress (NLC) and the Trade Union Congress of Nigeria (TUC) have openly thrown their weight behind the Labour Party presidential candidate, Peter Obi and his campaign manifesto as they declare him the right man for the job.

The NLC and the TUC had made the pledges in some separate addresses on Tuesday in Abuja.

Mr Ayuba Wabba who is the NLC President,while speaking during the 10th Memorial Lecture in honour late Pascal Bafya, had reiterated that the NLC is solidly behind Obi and will mobilise to ensure the victory of the Labour Party in 2023 general elections.

He also made a note of the fact that the Labour party must dive fully into politics and work hard to support candidates whose mantra will make life better for their members and Nigerians at large.

Mr Quadri Olaleye, who is the president of the TUC on the other hand mentioned that “Obi is a face among the presidential candidates that all labour unions are pleased and are ready to work with.”

Olaleye stated that the entire labour movement has accepted, adopted and will support, and ensure workers massively vote for Obi in the 2023 presidential elections.

”The Labour Party is stronger, one and formidable and the party has a widespread structure, as there is a worker and a member of either TUC and NLC in every family across Nigeria.”

In another report, Chief Yakubu Ajaka who is the Deputy National Publicity Secretary of the All Progressives Congress (APC) has put out a general statement that the former Governor of Anambra State and the presidential candidate of the Labour Party, Peter Obi should be allowed to enjoy his sectional sympathy and social media frenzy for now because it is going to be a very temporary one.

Chief Yakubu Ajaka had reiterated that when the main political campaigns start, Nigerians would finally differentiate between boys and men in politics.

He made this statement while speaking with journalists on Sunday in Abuja. Ajaka also said that the former governor of Kano State, Rabiu Musa Kwankwaso cannot become the president of Nigeria with a sectional party like New Nigerian Peoples Party (NNPP).

He said, “Just like Kwankwaso, Peter Obi is only enjoying sectional sympathy but a real presidential candidate needs to enjoy acceptability from all parts of the country.

“So, we believe that Peter Obi should enjoy his social media frenzy for now before the real campaign starts very soon.”