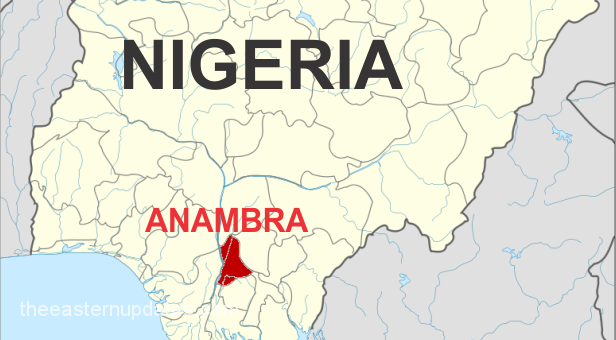 A 30-year-old man, Ebube Oba over the weekend allegedly murdered a mother of two, Uzoamaka Ekpe following a heated argument.

The Eastern Updates gathered that the 45-year-old victim had a heated misunderstanding with the suspect before it degenrated.

Oba was said to have hit her in the chest and face with a fist blow before she collapsed.

The victim was rushed to a hospital, where she was confirmed dead by a doctor on duty.

The President-General of the community, Chief Emeka Mbagha, who spoke to our correspondent on the incident, said the altercation started between the suspect and the victim’s children, who he said allegedly refused to participate in a monthly clean-up exercise.

‘The landlord of the house called all the tenants to come out for the clean-up exercise, but the woman in question and her children did not come out, only for them to get dressed and were about to go out when the landlord locked the gate.

‘The suspect, who is one of the landlord’s children, started having an altercation with the woman’s children and before we knew it, their mother came to the scene and started shouting and in the process, she collapsed.

‘Now that the matter is with the police, it is only normal we allow them do their work without any disturbance,’ Mbagha added.

The state Commissioner of Police, Echeng Echeng, in a statement by the state police spokesperson, DSP Tochukwu Ikenga, said the suspect would be prosecuted at the end of investigations.

‘Preliminary information revealed that the late Mrs Ekpe had a quarrel with the suspect, Ebube, which resulted in fisticuffs.

‘Ebube hit the victim in the chest and face with a fist blow before she collapsed. She was rushed to the hospital and was later confirmed dead by a medical doctor on duty. The body has been deposited in the morgue.

‘The suspect is in custody and the case will be charged to court after investigations.’