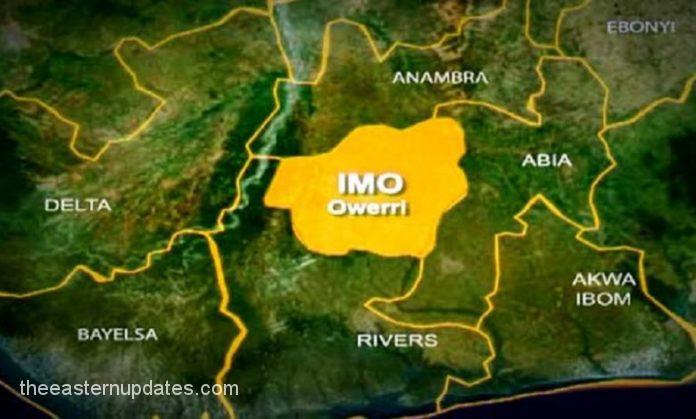 Some parts of Abia State was thrown into a state of  tension and palpable fear as some indigenes of Umuorie Autonomous Community in Ukwa West Local Government Area of Abia State protested massively following the murder of a tipper driver by some unknown gunmen in the State.

The victim who has been identified as Israel Nwobilo, according to a community source, was abducted with his assistant driver (conductor) on Saturday, June 18 when they had gone on an excavation expedition to a sand site at the neighbouring Umukalu Community to excavate sand.

Irate youths in the Abia State community had gone on rampage on Monday with the corpse of the victim to register their grievances.

The youths in a viral video carried the corpse of the victim stripped to wooden poles and marched through the streets of Obehie town.

The overtly livid youths who also carried fresh palm leaves in their mouths signaling danger, chanted war songs as they protested the kidnapping and murder of the unfortunate victim.

Confirming the incident to Vanguard, a community source said the victim went to a sand excavation site at a neighbouring Umukalu Community to get sand when he was abducted with his assistant driver (conductor) by unknown gunmen into the nearby bush.

The ‘conductor’ was said to have been so lucky that he later escaped from their abductors and raised the alarm in the community.

Consequently, some of the the youths in the community  had mobilised among themselves  and began to comb the bush in search of the victim. His lifeless body was said to have been discovered by the search party after hours of searching and they tied it to sticks and convey it home before advancing to Obehie town for a protest.