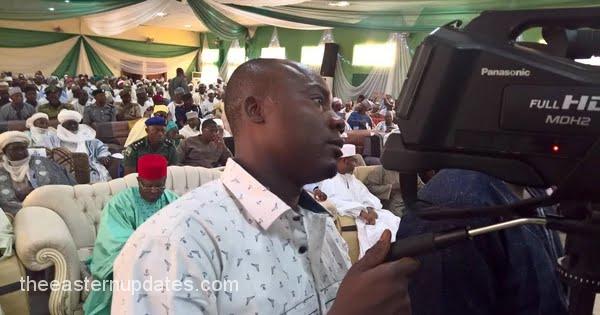 The abducted photographer attached to Ebonyi State Government House in Abakaliki, Uchenna Nwube was on Saturday freed by his captors after reportedly paying a ransom of ₦300,000.

The Eastern Updates recalls that kidnappers operating along Okigwe/Uturu/Aba axis in Abia State, had on Wednesday night, abducted Nwube, alongside his friend’s mother-in-law on their way back to Abakaliki from Aba.

The victim, it was gathered, had made a distress call to his colleague, to confirm his abduction, after he was instructed to do so by his captors.

He was quoted to have said that the abductors were asking for a ₦50 million ransom for his release.

A friend of his, who pleaded anonymity, told The Eastern Updates that Mr Nwube was released in the wee hours of Saturday by his captors after his family and friends paid ₦300,000 ransom.

The source said Nwube was released alongside his friend’s mother-in-law, on Saturday.

‘Yes. Mr Nwube has been released. We thank God. The kidnappers collected ₦300,000 for his release. He was released very early this (Saturday) morning. Right now, he is at the Awgu police station, in the Awgu local government area of Enugu State. Let’s give God thanks’, the source said.

The released photographer is yet to open up on his experience.