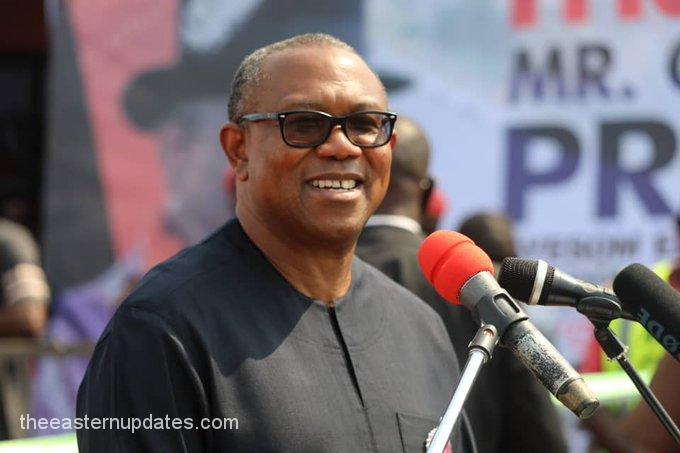 In another successful move for him, the Presidential candidate of the Labour Party, Peter Obi has received the party’s Certificate of Return which was issued to him on Friday.

Recall that a faction of the party earlier in the week elected Mr Ambassador Jude Ezenwafor as the party’s presidential candidate.

The decision of the faction triggered reactions as Obi’s supporters across the country asked Ezenwafor to step down with immediate effect.

The Independent National Electoral Commission on Thursday affirmed the former governor of Anambra, as the authentic presidential candidate of the Labour Party.

Similarly, the Nigeria Labour Congress also stated that it recognises only Obi’s faction of the party.

Ezenwafor, however, bowed to pressure on Thursday and announced his withdrawal from the presidential race.

In another report, the National Secretary of Labour Party, Umar Ibrahim, has said that Peter Obi remains the party’s presidential flagbearer, adding that there is no faction in the party.

Ibrahim made the declaration while addressing newsmen on Friday in Kaduna.

The Commissioner for Information of the Independent National Electoral Commission, Festus Okoye, had declared Peter Obi as winner of the LP presidential primary, which took place on May 30 in Asaba, Delta State.

Ibrahim asserted that there was no division in the party, adding, “Former Anambra State Governor, Peter Obi, is the authentic presidential candidate of the party, duly elected at a convention organised by the leadership of Mr Julius Abure as National Chairman, supervised and recognised by the Independent National Electoral Commission.

“There is no faction in LP, but in the imagination of those who are foot soldiers of enemies of Nigeria and Nigerians.

“The leadership and members of the Nigeria Labour Congress has recognised and endorsed the candidacy of Obi,” he stressed.

The National Secretary noted that the LP is accepted by majority of Nigerians who crave credible political leadership and see it as the only credible alternative to give Nigerians the president they desperately need to salvage Nigeria.