Many Escape Death As 5-Storey Building Collapses In Ebonyi 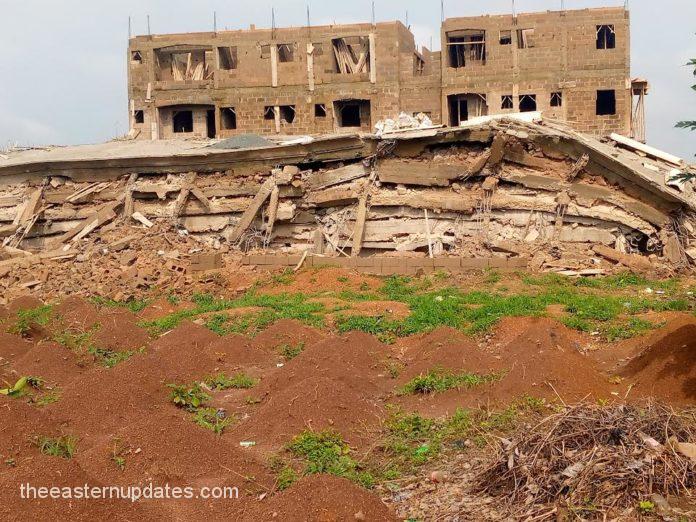 The Eastern Updates gathered that the building caved in on Tuesday evening after a heavy downpour earlier in the day.

Our correspondent who visited the construction site Wednesday morning saw another five-storey building under construction beside the debris of the fallen one.

The site is located directly opposite Prince Maris hostel, behind the Presco Campus of Ebonyi State University, Abakaliki.

It was however gathered that no life was lost in the incident as workers at the site were not working the day it collapsed.

A resident of the area who pleaded for anonymity said the building belonged to a businessman from the Nsukka area of Enugu state.

“The owner of the building is a businessman from Nsukka in Enugu state, but the engineer handling the project is from South West.

“It is a twin five-storey building but the one that collapsed was already completed while the second one is at level three.

“We don’t know why the building collapsed but Goverment officials came here yesterday and ordered a stop of work on the site,” he said.