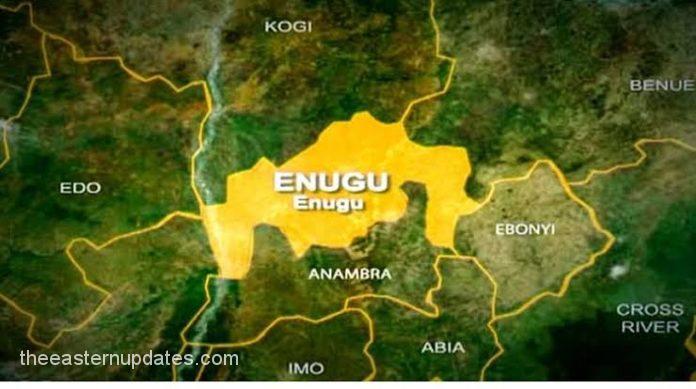 The rising spate of insecurity in the State and the lingering communal crisis in Oruku community in Nkanu East local government area of Enugu State has claimed yet another casualty while adding to the long list of casualties already recorded due to multiple communal clashes in the State of recent.

It was reported that some Unknown Gunmen had laid an ambush in the community in the early hours of Monday and shot dead an indigene identified as Dennis Ike.

A residential building belonging to another indigene of the community, Okechukwu Ukeh, was also burnt by the gunmen said to have been sponsored by one of the opposing camps.

The incident followed a protracted crisis between Oruku and the neighbouring Umuode community.

While the Enugu State Government had succeeded in settling the dispute by demarcating the contentious boundary as recommended by a Judicial Panel of Enquiry, some aggrieved members of Oruku, opposed to the terms of settlement with Umuode, reportedly continued to foment trouble in their community.

The Eastern Updates reports several lives and property had been lost to the conflict as some young men believed to have been armed by some powerful personalities in Oruku continued to attack their kinsmen allegedly marked for elimination for agreeing to settle the dispute with their Umuode neighbours.

In the latest incident on Monday, an eyewitness told Newsmen that the incident occurred at about 6 am when the sound of continuous gunshots woke the residents from their sleep.

The deceased was said to be riding on his motorbike from his residence for the day’s business when he was gunned down by the assailants, who also burnt his motorcycle and his corpse.

The source said: “We were woken up again this morning by the heavy sound of gunfire which forced many residents to remain indoors for several hours before security operatives arrived in the community. We came out only to see the corpse of the young man and his burnt motorcycle.

“The gunmen fled before the policemen arrived”.

Enugu Police spokesman Daniel Ndukwe, could not be reached for comments on the incident.

But some policemen deployed to the area were seen in a video m trying to move the corpse of the deceased to the mortuary.