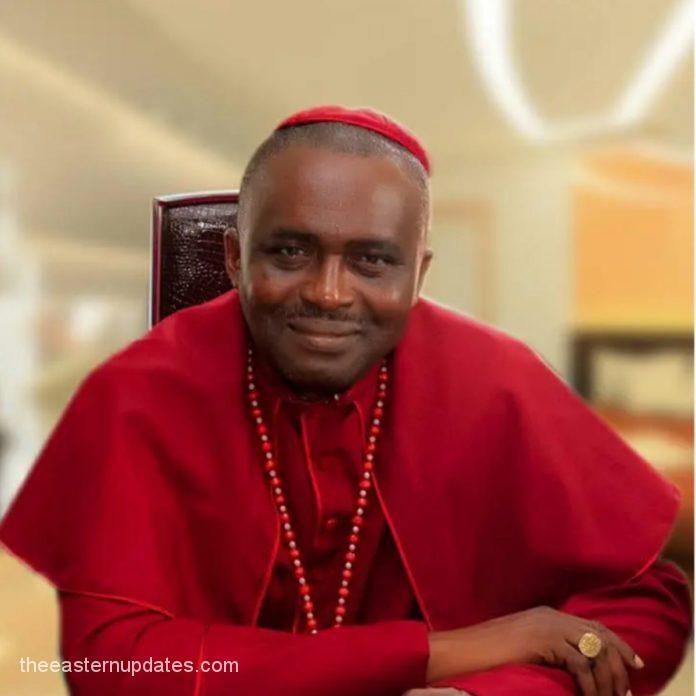 Methodist Bishop and President of Vision Africa International, Dr. Sunday Onuoha, has been declared the winner of the governorship primary of the African Democratic Congress (ADC) in Abia.

The returning officer, Mr. Nkem Ukandu made the announcement on Sunday evening following the completion of the exercise.

Onuoha is now the governorship candidate of the party in the next year’s election.

Onuoha praised Ukiwe for putting up a good  battle.

‘It’s a new beginning for Abia state, I believe that Abians have spoken this night and they are saying that there is a new way to do politics in the state.’

He promised to turn things around for good in the state if elected governor of the state in 2023.

The Eastern Updates recalls that Bishop Sunday Onuoha had formally declared his intentions to join the 2023 governorship race for Abia State under the party’s platform a few years ago.

The former Special Assistant to the President on Privatisation, and Co-chair of Interfaith Peace and Dialogue Forum, made the declaration at a media parley in Umuahia.

He unveiled his seven-point agenda which he identified as : Security and Social Welfare, Digital Economy and Information Technology Transformation, Transparency and Accountability, and International Relations/Development Agencies.

Others were Job Creation/Youth and Women Empowerment, Agriculture and Rural Development, Participatory Governance, Education for sustainable development, Accessible Basic Health for All