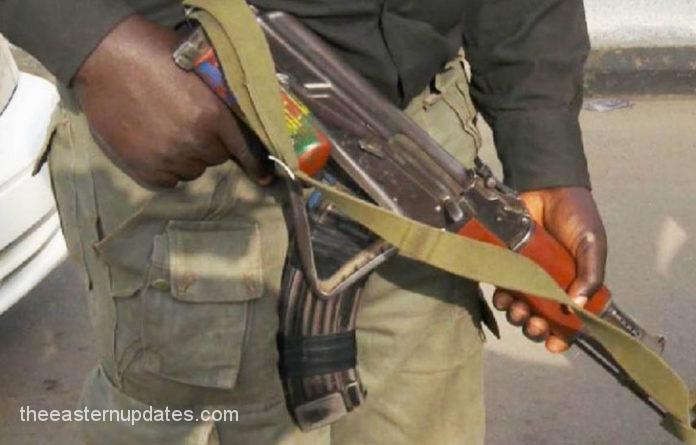 The Eastern Updates learnt that the gunmen dispossessed the deceased policemen of their guns before leaving the scene.

A resident who pleaded for anonymity said the incident has thrown the largely rustic community into shock.

Meanwhile, as the law intensifies its clamdown on the perpetrators of one of the most heinous kidnappings and murder that Anambra State has ever seen, a 70-year-old native doctor believed to be working for the gunmen that beheaded an Anambra lawmaker, Okechukwu Okoye has been arrested.

One of the gunmen, who was arrested last week claimed that they were working with the native doctor who was at large.

The native doctor was said to have been traced to Unubi, in Nnewi South local government area of Anambra State.

Anambra State  Public Relations Officer, PPRO, Mr. Tochukwu Ikenga, however, declined to speak on the arrest,  saying that he would not want to speak on the matter so as not to jeopardize investigations.