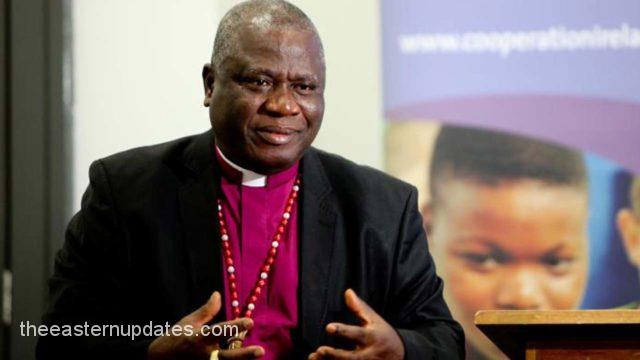 The Eastern Updates gathered that the kidnappers took him alongside Rt. Rev. Dennis Mark, the Methodist Bishop of Owerri and the Prelate’s Chaplain.

It was revealed that the clergymen were kidnapped in the afternoon while they were on their way from a programme in the council area.

He said it was quite unfortunate, and efforts are on top gear toward his rescue as well as other priests with him.

According to him, the police Command solicited credible information from the public toward their rescue.

Meanwhile, the Governor of Anambra State, Prof. Charles Soludo has declared that majority of the ‘unknown gunmen‘ behind the high rate of violence in the state are Igbo from other states.

Speaking while declaring curfew in seven Local Government Areas of the state, Soludo condemned the activities of the troublemakers.

He said the curfew would remain in place until peace is restored.

His words; ‘Let us be very clear. These criminals causing mayhem in Anambra, albeit of disparate groups and gangs, are Igbos (dominantly from other South East states) whose real objective is lucrative criminality and foisting their idolatrous religion on the region.

‘Unfortunately, every criminal gang (including cult groups) claims to be a ‘liberation movement’, making it difficult to differentiate between any genuine agitators from criminals. Unfortunately also, the criminals now dominate the space,’ he said.

According to him, Anambra is the prime target because it is the most lucrative location for kidnapping for ransom in the South East.

He also stated that with their immense propaganda machine funded largely by their sponsors from abroad, they have tried everything to indoctrinate the people with all kinds of false emotive narratives, and divert attention from their real objectives.