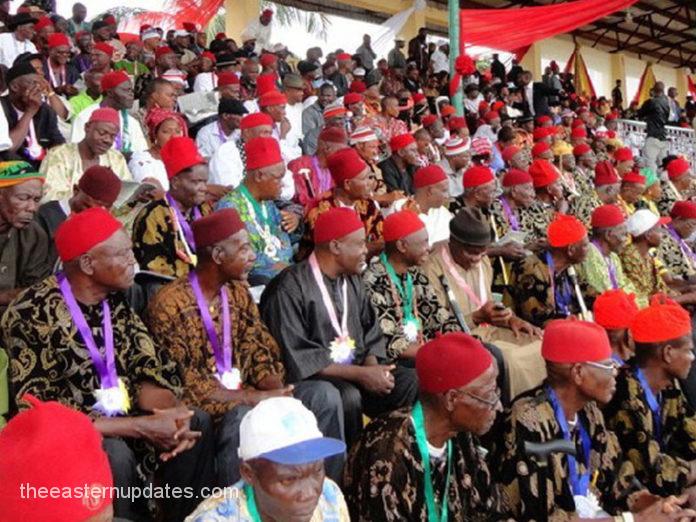 Barely 48 hours to the commencement of the presidential primaries of the two major political parties, All Progressives Congress(APC) and Peoples Democratic Party (PDP), the South East Council of Traditional Rulers and Igbo Archbishops and Bishops have appealed to all Nigerians, especially the delegates to vote for the South East aspirants as their party’s flag bearers in the 2023 presidential election.

In a statement jointly signed by the Chairman, Anambra State Traditional Rulers Council, Obi Nnaemeka Achebe, and Secretary, representatives of Archbishops and Bishops, Dr. Chibuzo R. Opoko, which was sighted by The Eastern Updates, the Joint Body insisted that it is the turn of the South East to produce the next president of Nigeria after President Muhammadu Buhari in 2023.

The Joint Body pointed out that all the presidential aspirants from the South East were qualified, and that each would lead in the tradition of all past presidents, as a leader for all, saying their antecedents promise a leadership that would change the tide and reverse the dwindling fortunes of the nation.

‘At times like this, all men and women are called to rise above their personal interests and affirm that no individual is greater than the whole. For the South East region, the quest for the high office of the President of Nigeria is a single, indivisible quest that aligns with the Nigerian dream in which all citizens are able to reach the heights of their full potential, and all its constituent regions have an opportunity to provide leadership without overt or covert ceilings.’

The Joint Body quoted an ancient philosopher and mathematician, Archimedes, who once said: ‘Give me a lever long enough and a place to stand and I will move the Earth,” to drive home its point that a President from the South East region in 2023 is indeed a fair and just lever to take hold of, and that it is also the moral and ethical place to stand to move Nigeria into an ascendant future of pride, prosperity and well-being for all.

The Joint Body expressed support for the alignment of South East presidential aspirants from the two main political parties, the APC and PDP, working together towards the emergence of the next president from the zone and urged all South East leaders to stand in open support of the process and not in opposition to a historic opportunity.

The body commended well-meaning Nigerians and lovers of justice, equity, fairness, peace, and development of Nigeria from the South West, South-South, North Central, North East and North West, who have unequivocally spoken in support of the next President of Nigeria to emerge from the South East zone. ‘We acknowledge and commend this affirmation of truth in our old national anthem – though tribes and tongues may differ, in brotherhood we stand,’ the body added.

The organisation, which held a consultative virtual meeting on Monday, May 23 with the APC and PDP aspirants respectively, said consultation with aspirants in other political parties as well as political leaders and delegates from the region would continue.
However, it reminded those who are busy de-marketing the South East Zone and its presidential aspirants that they are undermining the aspirations of all Nigerians to demonstrate and harness inclusiveness, equity and merit through the emergence of candidates from the South East region, as their action amounts to acting against the moment of history.