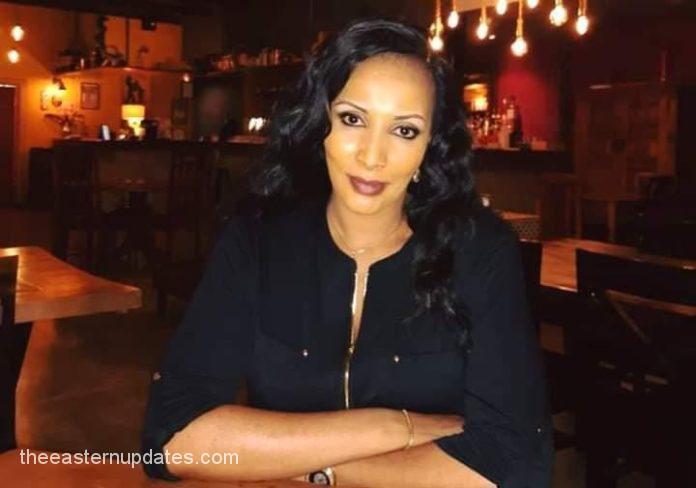 Mrs Bianca Ojukwu, wife of late Odumegwu Ojukwu has urged Igbo people in diaspora especially in the United Kingdom (UK) and Ireland to always remember home while living their lives.

Ojukwu made the call while addressing the Igbo community in the UK during a summit and Annual General Meeting (AGM) organised by Ohanaeze Ndigbo UK and Ireland.

A statement signed on Tuesday by Mrs Aqueen Ibeto, President, Ohanaeze Ndigbo UK and Ireland, stated that the summit was part of activities to mark the 100 days in office of the new Ohanaeze leadership.

Ojukwu said time has come for every Igbo man and woman in the UK to go back to the root and assist in community development especially now that activities have intensified for the 2023 general election.

“In fact, some of our people feel somehow threatened when they have contact with their relatives back home,” she said.

Ojukwu added, “the tragedy is that much as we may want it otherwise, the UK will become their home and the home of their children.

“Unlike the Jews, Indians and Asians, we have not found a way to connect our children to our homeland.

“Most children of Jewish descent will take a trip once in their life time to the holocaust place, to learn about their history, and to learn that they must never forget.

“What do our own children know about our history and the war that we fought; what do they know about the Igbo spirit and how far we have come.

“What do they know about the fact that the Igbo man is like the phoenix rising from the ashes.

“The Igbo enterprise today is the phoenix rising from the ashes of 20 pounds, that is what we had, but look at the Igbo man today, it is a testament of the resilience of the Igbo man,” Ojukwu said.

She regretted that the Igbo culture was gradually being overtaken by Western culture, a development she noted was caused by the carefree attitude of some parents.

“Your friend will come to your home and your child will say “how are you Andrew, welcome to our house”, no uncle or sir attached.

“Somebody told me when I went to Ireland that she had to have an elaborate ploy to bring her child back home to Nigeria to go to Marris Brothers in Uturu, Okigwe.

“This happened because she was in the kitchen and asked her son to get her spice on the kitchen cupboard; the boy was watching TV and he said to her, mum you are such a bugger.

“When she insisted, he got up, got the spice and said to her, very well, soon Jane and I will be leaving here and won’t have to go through this.

“Jane and I, his girlfriend. And the mum asked why, and he said because by then you will be in the old peoples home. It didn’t take long for her to realise that something desperate had to be done.

“She managed to get him back to Nigeria and after three years, his brain had to be reset; you know Marris Brothers don’t take nonsense,” she added

Ojukwu, however, said that the action of the woman might be a bit extreme but that the problem emanated from the negligence of some parents on their children.

Ibeto, the Ohanaeze President, in her remark said the summit and AGM was also an opportunity to unite the Igbo community in the UK.

She said it was also an avenue to rekindle the Igbo culture and tradition in the minds of the people.

It would be recalled that Ibeto emerged as the new President of Ohanaeze Ndigbo in the UK, after an election held on Nov. 20, 2021 in London.