2023: Jonathan Will Be Disqualified By Court – Nnamdi Kanu’s Lawyer 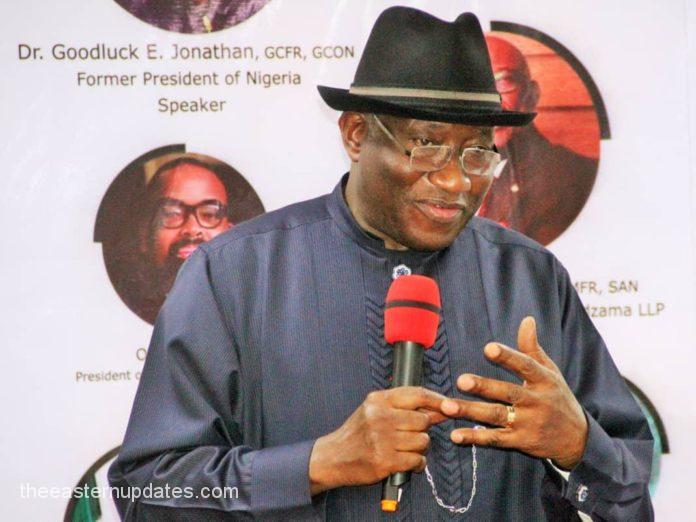 Aloy Ejimakor who is the Special Counsel to Nnamdi Kanu, leader of the Indigenous People of Biafra, IPOB, on Friday, reacted to the eligibility of Goodluck Jonathan’s alleged aspiration to run for the Presidency in 2023.

Barrister Aloy Ejimakor made it clear that the court will disqualify Jonathan from the Presidential race if the Independent National Electoral Commission, INEC, fails to do so.

He anchored his remark on Section 137(3) of the Nigerian Constitution.

According to him, Jonathan can’t run for the Presidency again because he once occupied the same office.

In a tweet, Ejimakor wrote: “2023: If INEC does not disqualify @GEJonathan, the Courts will, because Section 137(3) of the Constitution says that ‘A person who was sworn-in to complete the term for which another person was elected as President, shall not be elected to such office for more than a single term.’

“A person who was sworn in to complete the term for which another person was elected as president shall not be elected to such office for more than a single term.

Lately, some Nigerians have been calling on Jonathan to succeed President Muhammadu Buhari in 2023.

His campaign posters have been sighted in Abuja and some other States of the country.

Reacting to the call, the former President said he can’t tell if he will run for the Presidency in 2023.

He disclosed this while addressing some supporters who besieged his office in Abuja, asking him to contest.

Jonathan had said: “I cannot tell if I’m contesting.