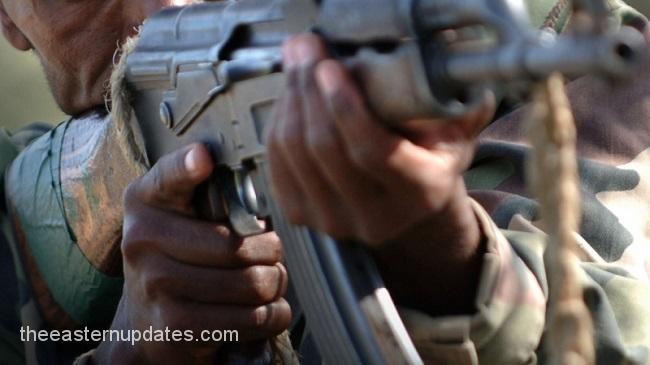 A former ward chairman of the All Progressives Congress (APC), at Akpa-Edem, Nsukka Local Government Area of Enugu State, whose name was given as Chibueze Omeje, has been allegedly shot dead by a hunter while working on his farm in Edem.

The Eastern Updates gathered that the hunter, identified as Monday Oriewu, took to his heels after shooting the APC chairman in the farm.

Some residents from the community who spoke to newsmen under the condition of anonymity revealed that that the villagers almost concluded that the heinous act was done by suspected herdsmen until some elders went spiritual and discovered that Oriewu, was behind the act.

It was further gathered that the elders had mobilised some members of the community who ransacked the hunter’s home and discovered the gun which he used for the ugly operation.

The Eastern Updates also learnt that the suspect has  now confessed to the crime, while maintaining that he mistook the deceased for an animal and shot it before realising his mistake.

Confirming this incident, the spokesperson of Enugu State Police Command, Daniel Ndukwe, said the incident was a case of murder which is already under investigation by the police command.

‘It’s a case of murder. The suspect, Monday Oriewu (m) of Obeke-Akpa Edem in Nsukka LGA and alleged hunter, on 12/03/2022 at about 0700hrs, reported himself to the Police and was arrested, after he claimed to have shot and killed one Omeje Chibueze of Owa-Akpa Edem of the same LGA, whom he mistook for an animal when he went hunting in the early morning hours of the same date. Meanwhile, a conclusive investigation has been launched into the case at the State CID Enugu.’

The police has maintained that he he would be charged to court in due course.