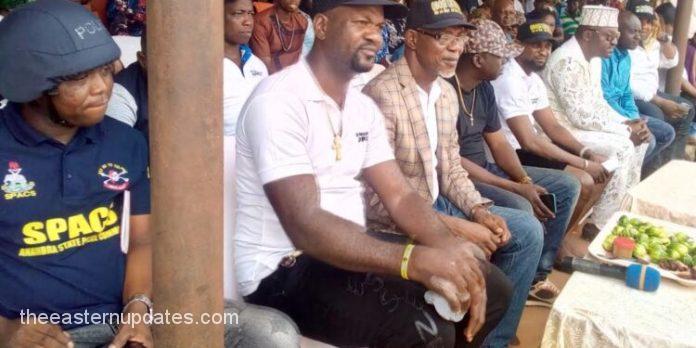 The people of Obosi Community in Idemili North Local Government Area of Anambra State have announced a ban on cultism and other criminal activities in the area.

The youths and community leaders who converged at the Obosi mini-stadium to hold a Crusade against cultism and other vices in the community declared that ‘enough is enough’ of numerous killings of youths in cult-related activities in the area.

Speaking to newsmen, the Chairman of the sensitisation crusade and the Convener, Mr Anyafulu Obichukwu Zik, stated that youths should embrace trade, education, skills and good ventures than to indulge in cultism, saying that there was no benefit in cultism rather than to kill or to be killed.

He warned that anybody caught or arrested in any cult-related activities in Obosi would not be spared and warned cultists who are not from Obosi to leave the community or face the wrath of the community, saying that the youth leaders were determined to stamp out cultism in the community.

‘Obosi Ukwala, we have lost so many souls! For how long shall we kill before we realised that we have been killing our own brothers. As a cultist, you don’t have freedom, you live in fear, you don’t have a genuine business. So, we know who is who in this community, we know ourselves and we are out to face the cultists in Obosi. It’s a new dawn in Obosi,’ he stated.

The facilitator of the Crusade Chief Ekene Molokwu (Ezedioramma) said that he decided to take the bull by the horn to sponsor the programme to channel the youth’s energy and attention to meaningful jobs, skills and education rather than in cultism.

He said that Obosi used to be a peaceful and calm town but today has been deserted due to the fear of cult-related attacks which he said has made many prominent people from the town relocate to abroad, Enugu, Asaba and other neighbouring towns for safety.