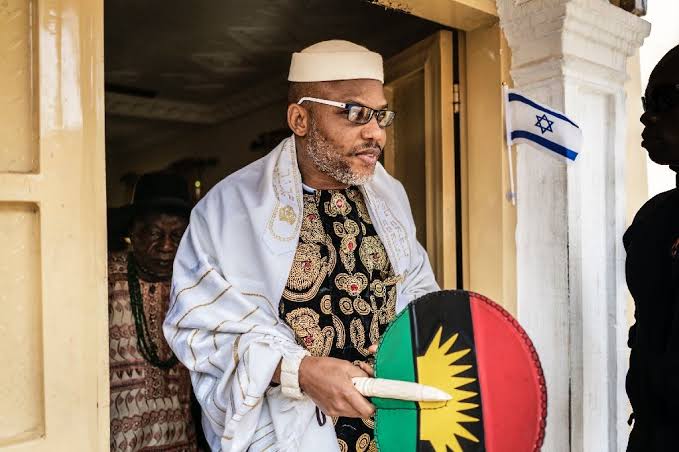 The family and lawyer to the detained leader of Indigenous People of Biafra (IPOB), Nnamdi Kanu,  on Monday raised alarm over his safety, claiming they doubt if he’s still alive after they were restricted from meeting him.

Kanu’s younger brother, Prince Emmanuel in a statement which was made available to The Eastern Updates yesterday, revealed that he was at the Abuja headquarters of the Department of State Services (DSS) where the IPOB leader is currently detained, but was not allowed to see him.

Prince said he was also at the DSS headquarters last Thursday to see his brother as directed by the court, but was denied access to him.

‘I have been denied access to see Mazi Nnamdi Kanu (IPOB leader) on  two separate occasions at the Department of State Security Services, Abuja.

Similarly, Kanu’s special counsel, Aloy Ejimakor, took to his Twitter handle to demand explanations for the action of the DSS, which he said was suspicious.

‘Last Thursday, we were not allowed visitation with Onyendu because, according to DSS, the special squad in charge of visitations went on outside assignment. They asked us to come on Monday, and today (Monday), we are at DSS. They are telling us the same thing. We disagree!’

The DSS is yet to react to the fresh claims.