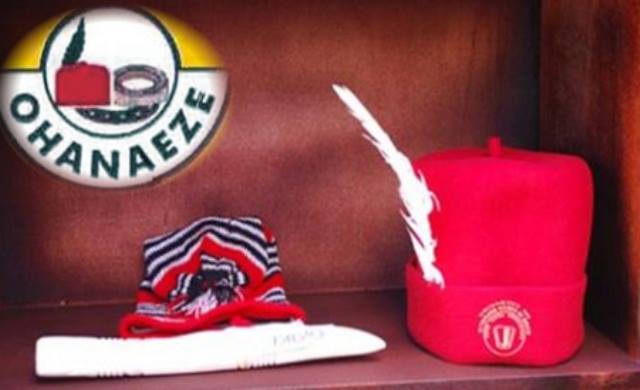 Ohanaeze Ndigbo Worldwide has reached out to their counterparts in the North, Muslim Clerics, traditional rulers, and Arewa Consultative Youth Forum over the killings of northerners in Abia cattle market earlier in the week.
In a statement by the Secretary-General, Ohanaeze Ndigbo worldwide, Mazi Okechukwu Isiguzoro, it blamed hoodlums from neighbouring States for the attack, saying the killers fled back to those States after the bloody attacks.
Read Also: 2023: No Igbo Politician Deserves To Seek Election — Ohanaeze
They said; ‘We commiserate with the northern leadership over the death of northerners in Abia and we sympathize with all the bereaved families and owners of the cows slaughtered.
‘Igbo are devoted in providing succor to the families and people affected by what happened.
‘Those who carried out these heinous conspiracies against humanity in Abia, the killers of northerners in Abia are not Igbo, the preliminary investigation revealed that they migrated from neighboring states and fled to their states after the attacks.
‘We commended the Northern Elders Forum, Arewa Consultative Youth Forum, Coalition of Northern Groups for their quick intervention to forestall possible breakdown of Law and Order, especially reprisals against Igbo living in the North, they protected Igbo lives and property and commended them.
‘Accordingly, Abia State Government has shown maturity in handling the matter, we advised that full compensation must be paid to the bereaved families and people whose businesses were destroyed in Abia, as it will be the balm to soothe the pains and trauma of those who lost their beloved ones.
‘We will continue to work with the northern leadership to ensure that the interests of North and Eastern Nigeria are protected.
‘We want to categorically wish to state unequivocally that nobody will stop the north from doing their cattle businesses in the South especially as it must be by the laws of the land.
‘We dismiss the IPOB’s threat to ban cattle business in the East, Igbo are doing businesses in the North unmolested, so nobody will harass the those doing business in the East, what  Igbo are not happy with is the killer herdsmen which Igbo had to differentiate between the two’. The statement said.

Ohanaeze however, commended northern leaders, Muslim Clerics as well as traditional rulers for quick intervention in averting reprisal attack on Igbo resident in the north.