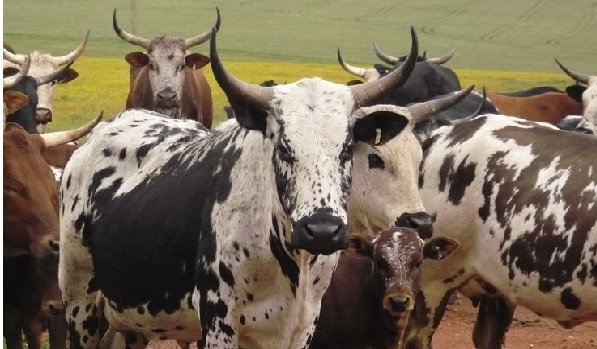 Indigenous People of Biafra (IPOB) has reiterated its proposed ban on the consumption of cow meat in the South East, maintaining that April 1 remains the scheduled date for its implementation in the zone.

IPOB, in a statement by its Media and Publicity Secretary, Emma Powerful, yesterday, also restated its reason on clamping down on the consumption of Fulani cow meat.

He said: ‘We also wish to correct the misinformation and misconceptions surrounding our position on the issue which our enemies are peddling to blackmail us. In the first place, the decision was taken as a last resort after many years of patience over the unprovoked genocidal attacks by Fulani herdsmen on our communities, and the failure of the double-faced Nigeria security agencies to rein in the rampaging Fulani mass murderers.

‘We have waited enough and can no longer tolerate the docility and criminal silence of the Federal Government in protecting our communities against these agents of death.

‘Since their cows have been the reason the Fulani jihadists are slaughtering our people, destroying our farms, raping our women and kidnapping our men for ransom, we have decided to stop consuming these cursed Fulani cows which have now become a source of sorrow and death. It is better we are alive and eat no Fulani cows than desire to eat them and be killed.

‘The world should note that before arriving at this irreversible decision, we have made several appeals to the Federal Government and the security agencies to stop the Fulani from their atrocities in our land but they looked the other way, leaving our hapless communities at the mercy of these messengers of death.

‘Our patience has been over stretched beyond its elasticity point. We can

no longer afford to fold our arms and be waiting for the last man in Biafra land to be killed by Fulani jihadists masquerading as herdsmen.

‘Our people waste huge sums of money up to N3 billion every year on cows meat and we won’t allow that to continue and we encouraging those who has the money to start breeding our local cows (Efi Igbo), IPOB will support them to boasts the farming and animal husbandry business.

‘So, our decision to ban the movement, sale and consumption of Fulani cows throughout Biafra land with effect from April is not borne out of hate but we are safeguarding our land and our people from the evil agenda of Fulani.

‘Our decision is borne out of the natural desire to preserve our race from being wiped out by Fulani terrorist herdsmen.

‘If you are a Biafran dealing on Fulani cows in Biafraland, it is better you look for an alternative now because we won’t spear any inch regarding Fulani terrorists herdsmen cows after April.’

The Eastern Updates recalls that the secessionist group had last year announced the ban on Fulani cow meat in the South East.