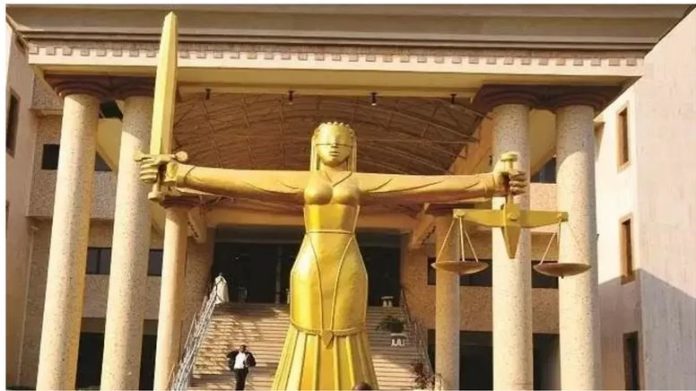 The Supreme Court of Nigeria has fixed the 6th of May for judgment in the ongoing legal battle between Rivers and Imo States over the ownership of 17 oil wells in their territories which has been under dispute for a while.

The Eastern Updates reports that the apex court fixed the date on Monday after taking arguments from lawyers involved in the oil wells’ ownership tussle.

A panel of Justices who were led by Justice Olukayode Ariwoola fixed the date after the adoption of final written addresses by the lawyers.

The plaintiff in the matter represented by Joseph Daudu, SAN while adopting his final addresses asked the apex court to give judgment in favour of Rivers State on the ground that historical evidence right from 1927 till date clearly indicated that the oil wells belong to the state.

Daudu drew the attention of the Supreme Court to the boundary adjustment paper of 1976 where Ndoni and Egbema were confirmed to belong to Rivers State.

The senior lawyer disagreed with the Attorney General of the Federation AGF in his claim that adjudication of the suit on the oil wells ought not to have originated from the Supreme Court but a Federal High Court, because oral evidence ought to be taken from the people in the area.

He claimed the Supreme Court has jurisdiction on the matter and can conveniently use all available sufficient historical documents right from the colonial era to determine the real owners of the oil wells.

In his own arguments Counsel to Imo State, Olusola Oke, SAN asked the apex court to dismiss the suit on the grounds that it ought to have originated from the federal high court.

Oke claimed that because of the nature of the matter, oral evidence ought to be called from the people of the area to confirm where they actually belong.

The senior lawyer contended that Rivers State ought not to have started the suit from the Supreme Court and therefore prayed the court to dismiss it.

In the same vein, counsel to the Attorney General of the Federation AGF, Dr Remi Peter Olatubora, SAN aligned himself with the position of Imo State, to the effect that proper procedure for such a suit was not adopted by Rivers State.

The SAN insisted that witnesses, including officials of the National Boundary Commission (NBC), the Surveyor-General of the Federation SGF and indigenes of the disputed areas ought to be heard for the court to make appreciable and acceptable findings.

Although Olatubora claimed that the AGF was neutral in the disputed oil wells ownership, he, however, said that scientific evidence must be considered along with an open court hearing for the Supreme Court to make good findings.

Justice Olukayode Ariwoola thereafter announced May 6, for judgment in the matter.