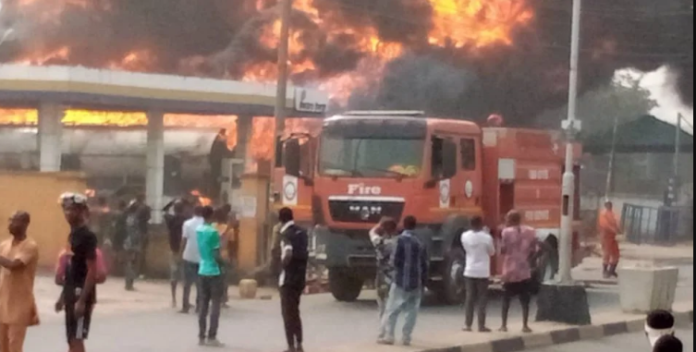 Residents of Umuahia the Abia State capital were left scampering for safety on Saturday when a diesel-laden tanker exploded in a petrol filling station identified as Master Energy.

The Eastern Updates gathered that the tanker was discharging disel to the underground tank when the fire incident happened.

The fire caused panic in the area as vehicles were temporarily abandoned within the filling station.

People those living close to the scene fled to avoid being caught up in the explosion.

Firefighters were seen trying to control the fire from spreading to nearby buildings.