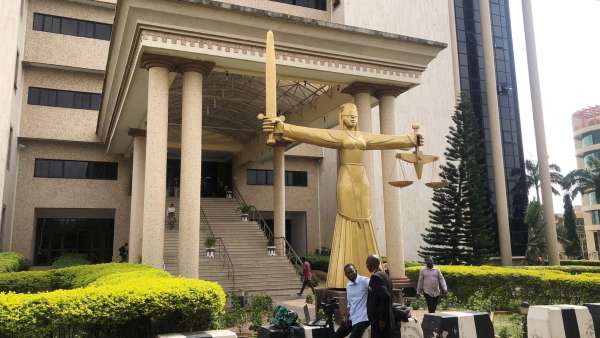 A Federal High Court in Abuja presided over by Justice M. Osho-Adebiyi has remanded two brothers arraigned before it by the Economic and Financial Crime Commission (EFCC) to Kuje Correctional Centre till January 26, 2022 over a case bothering on alleged theft and fraud committed against popular Anambra billionaire, Arthur Eze.

The Eastern Updates gathered that the two brothers, Eze Onyeka Nnadozie and Eze Olisaebuka Okwuchukwu, were brought to court by the EFCC over a 114-count charge that bothered on theft and fraud.

As Managing  Directors of the companies, the accused were said to have deposited in several commercial banks in the country amounts running into hundred millions of cash, both in local and international curriences. The money was suspected to have been unlawfully obtained and therefore an offence contrary to section 319A of the Penal Code Law CAP 532 LFN (Abuja) 1990 and punishable under the same section.

The complainant in the case is the Federal Republic of Nigeria with charge no CR/1106/2020.

The EFCC had recently secured forfeiture order of property amounting to billions of naira belonging to the two brothers said to have been illegally acqired while working as staff to their billionaire uncle, Prince Arthur, when their monthly salaries were moderate compared to their acquisition of property worth billions of naira.

Some of the property, following court judgements, have been returned to Prince Eze, as their unlawful financial acquisitions also took place at the same time they were  paid staff of Prince Eze.

The EFCC had recorded successful judgements against the two brothers in different courts over alleged fraud following  diligent investigation and prosecution.

To authenticate the veracity of their investigation and charges, the EFCC had listed Prince Eze as one of the witnesses in the ongoing trial.