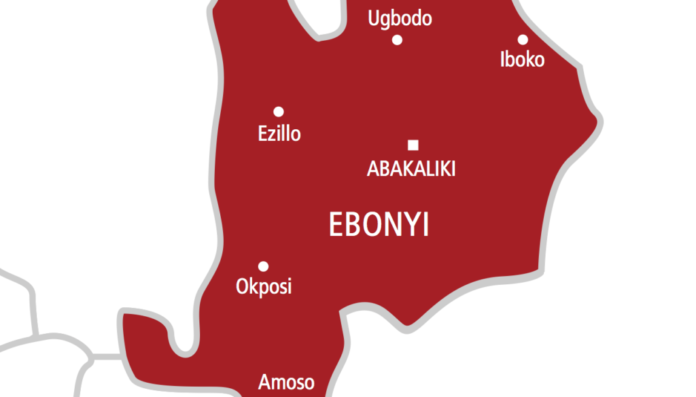 The Ebonyi State chapter of the Peoples Democratic Party (PDP) has petitioned the National Security Adviser (NSA), the Inspector General of Police (IGP) as well as the Director-General, State Security Service (DSS) over alleged threat to the lives of its members.

In a letter entitled: ‘Save our Soul from Government Sponsored Terror’, dated January 12 which was made available to The Eastern Updates, the PDP Chairman in the state, Tochukwu Okorie, alleged state-sponsored terror against party members, and accused the state government and the commissioner of police in the state of working ‘hand in gloves with a gang of vicious hoodlums’ terrorising its members.

‘I find it very worrisome that Ebonyi State Police Command appears to be working hand in gloves with a gang of vicious hoodlums on a reckless rampage with the backing and facilitation of Ebonyi State Government. Well-meaning and law-abiding citizens of Ebonyi State are being pushed beyond tolerable limits by the mayhem, wanton destruction, naked molestation, and dehumanising treatment these agents of evil and their paymasters are consistently unleashing on innocent citizens of the state’ he said.

Okorie said the Publicity Secretary of the party in Ebony State, Nwoba Chika Nwoba was traveling in a car on Abakaliki-Enugu Expressway in the company of Ifeanyi Emmanuel Nworie, when a gang of hoodlums in a Sienna bus without registration number overtook their car and blocked them and started shooting sporadically in the air. They pulled out Nwoba from the car, beat him to a pulp and threw him into the boot of their Sienna.

He added that an armed gang also invaded the venue of a reception organised in honour of the newly elected state Chairman of PDP at Okposi in Ohaozara Local Government Area on December 29, 2021and chased away guests on the occasion.

‘From the foregoing, the IGP is invited to note as follows: That disappearance of people who refused to join the governor’s camp or have disagreement with him has become common place; That bad boys, cultists and hoodlums in Ebonyi State have now been organised into armed gangs to rain terror in the state; That the ‘gunmen’ operating in Ebonyi State, unlike in other states, are known. They operate under the name ‘Ebubeagu’ the state-owned militia; That the quantity of arms in the possession of Ebonyi State gangs is frightening and their seeming collaboration with the police is a cause for concern; That those who survive the organised attack are sure to be detained by the police and arraigned at a ready Magistrate Court on trumped up and frivolous charges.

‘The IGP may further note that the Ebonyi State Police Command refused PDP access to their secretariat since November 2020 when Governor David Umahi left the party on the very curious and flimsy excuse that he has a Magistrate Court order that says if PDP is allowed into the premises that they will be infected with COVID-19. The IGP may wish to note that, it is unacceptable for Ebonyi State Police Command to promote, protect and support criminal gangs even when their activities have become a disgrace to the name and integrity of the Nigerian Police.

‘In view of the above, I pray on behalf of Ebonyi State people as follows: That the IGP should as a demonstration of professionalism and respect for the rule of law, intervene to save Ebonyi  citizens from state sponsored terror, That the IGP should investigate cases of professional misconduct by the Ebonyi State Police Command in the interest of the image of the Nigerian Police Force, and the personal integrity of the IGP as a fine officer and gentleman; That the IGP should intervene to release Nwoba, who is still in the custody of the police more than 48 hours of his abduction by an armed gang and detention by the police.’

The police in Ebonyi is yet to respond to any of the allegations.