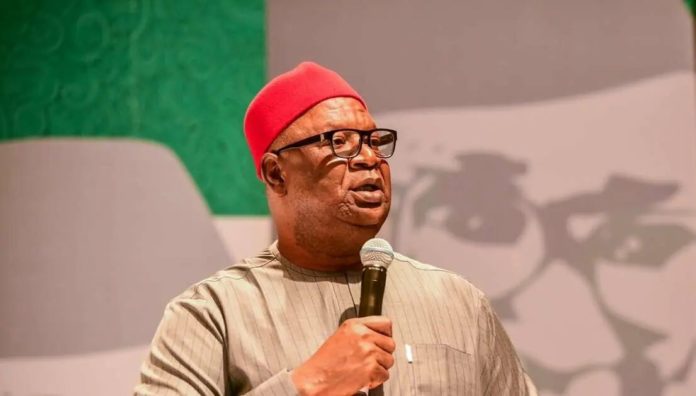 A former President of the Senate and 2023 Presidential hopeful, Anyim Pius Anyim yesterday called for all political parties to zone their presidential slots to the South-East region.

Anyim made the call at a South-East consultation meeting in Enugu.

‘This is because If the presidency is zoned to South East, it will satisfy the just demand of equity and fairness,’ he said.

‘If it is not zoned to the South East, it will remain a burden on the conscience of the nation.

‘Let me therefore at this point join all well-meaning Nigerians to appeal to all the political parties to take the fair, just, and equitable decision to zone their presidential slots to the South particularly the South-East.’

Senator Anyim has indicated interest that he will contest the Presidency in 2023.

The Eastern Updates reports that on Thursday he urged other South-Easterners who are interested in the race to also come out and make their intentions known.

‘Let me also at this point state clearly that I am aware that I am not the only aspirant from the South East seeking to run for the office of president,’ he said.

‘I encourage my brothers who so desire to please step out in their respective parties and after the primaries the nation shall choose among us according to their good judgement, after all, it is God who gives power.’

The Eastern Updates reports that there has been clamour from several parts of the country for the 2023 Presidency to be owned to the South East geo-political zone in the interest of peace and equity.

Facebook
Twitter
WhatsApp
Email
Telegram
Previous articleKanu Should Defend Himself, I Won’t Release Him – Buhari
Next articleNigeria Will Collapse If Anything Happens To Kanu, Mbaka Warns