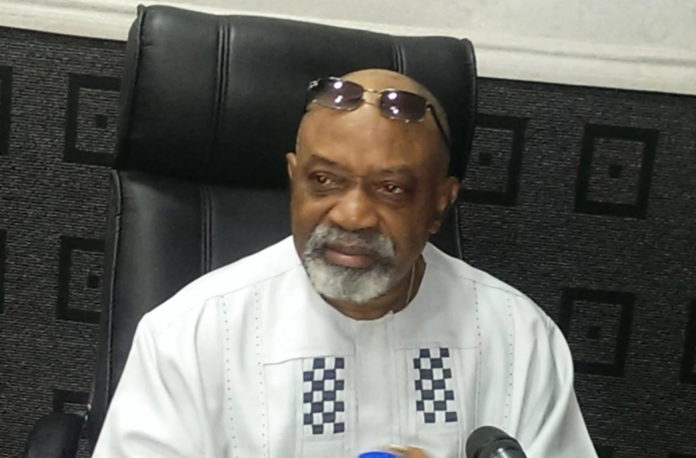 The crisis rocking the All Progressives Congress (APC) in Anambra State has taken a new turn as some stakeholders of the opposition party on Tuesday cautioned the Minister of Labour and Employment, Dr Chris Ngige to desist from attacking members of the party.

The Secretary, Media and Publicity Committee of the Senator Andy Uba Governorship Campaign Organisation, Mr. Obi Trice on Tuesday gave the warning in a press release which was made available to The Eastern Updates reports.

Trice claimed that the minister had been in the habit of using his media assistant, Ngige Nwachukwu to disparage members of the party in the state.

He said: ‘The media aide to embattled former leader of the party, Senator Chris Ngige is warned to desist from spreading deliberate falsehood, but rather concentrate on the task of profering quality advice to the Honourable Minister.

‘Last week, the APC in Anambra state scheduled a state caucus meeting at the office of Senator Andy Uba. But eager to flex muscles, Ngige also convened the same caucus meeting at his Asokoro, Abuja residence and at the same day and time as that of Senator Uba. It flopped. Stakeholders rather attended the meeting called by Uba, whereupon about 90 percent of constitutionally recognized state caucus members affirmed Uba as the Anambra State leader of the APC.

‘The Ngige event was left desolate, requiring him to hire non-members to fill the vacant seats. Irked by the outcome of the event, Ngige has instructed his cousin and media assistant, Ngige Nwachukwu, to attack those he feels are his imaginary enemies,’ the release stated.

Trice warned Ngige to behave maturely and always speak like a leader in the party, instead of disparaging everyone in annoyance, after he was removed as the leader of the party in the state.