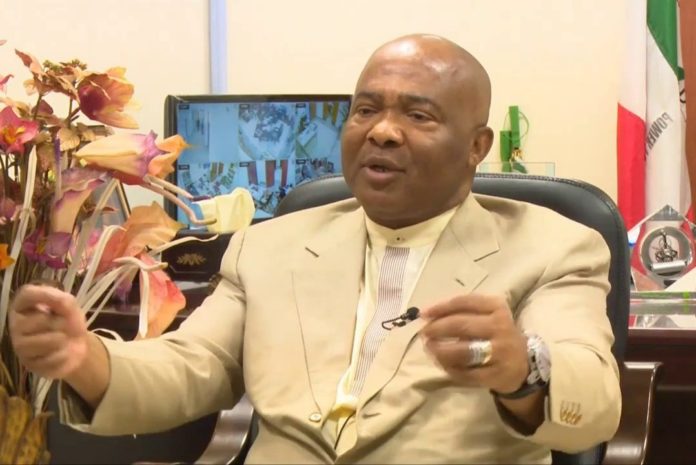 Youths in the South-East region have been advised that rather than resort to violence they should look beyond lamenting over the marginalisation of the Igbo people and take advantage of the opportunities in Nigeria.

Imo State Governor, Hope Uzodinma, gave the advice on Saturday when he spoke at the presentation of his book titled ‘Reflections On The Igbo Question’ in Owerri, the state capital.

‘What I have simply set out in this book is for our youths to appreciate the opportunities before them and embrace such instead of bemoaning the marginalisation of Ndigbo and resorting to violence, which is self-defeat,’ he said. ‘They should come up with pragmatic ways of conquering their fear.

Read Also: 2023: South-East Will Not Kneel For Presidency – Ohanaeze

‘I don’t want our youths to think that somebody is holding down their destiny. I also don’t want them to continue to be frustrated by the deliberate policies of exclusion. Instead, I want them to be focused on the larger picture of liberation through technology, trade, and commerce through which we can dominate Nigeria and dictate the pace of development.’

While pointing out that the accurate diagnosis of any ailment is a necessary step towards a cure, the governor believes bemoaning the marginalisation of Ndigbo in the Nigerian project is not as significant as devising a rational and realistic way out of the problem.

In spite of the state of affairs since the 1966 counter-coup, according to him, the Igbo people are still better off staying in Nigeria.

Governor Uzodinma anticipated that although some would not agree with his submission, he explained that going through the book would prove his point better.

He challenges the leaders and youths in the South East to reclaim their rightful place in Nigeria by building on the comparative advantage they have over their compatriots in other regions.