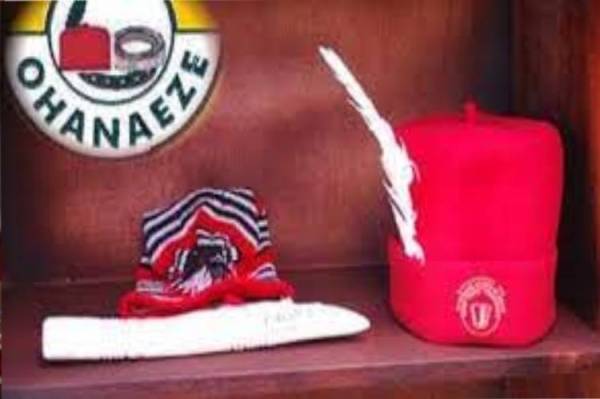 The National Executive Council (NEC) of apex Igbo socio-cultural organisation, Ohanaeze Ndigbo has resolved to meet over the lingering leadership crisis in its youth wing.

Administrative Secretary of the body, Ambrose Obiora, disclosed this when some members of Ohanaeze Ndigbo youth wing in Ebonyi State known as Integrity Group, staged a protest against alleged attempt by the state government to impose a candidate on them in the upcoming election of the national youth leader zoned to the state.

He said: ‘But from what I know, the NEC is supposed to meet soon on this issue because there are constitutional processes with which these things are supposed to be addressed.

‘We think that it is necessary for the NEC to meet first and look dispassionately on the issues raised with a view to making sure it is addressed in the most amicable and appropriate way. I will hand over your letter to the appropriate authority to deal with it.’

The protesters stormed the national secretariat of Ohanaeze in Enugu singing solidarity songs and displaying placards indicative of their call for level playing ground in the election.

The leader of the group, Christopher Aniegu, told the administrative scribe of the apex Igbo socio-cultural organisation that they decided to stand against what would amount to a big slight on the entire Ebonyi people.

He said they were not comfortable with a situation where a position which was zoned to the state was hijacked in favour of an individual.