HomeFeaturesIPOB Not Against Restructuring Of Nigeria, Spokesman Clarifies
Features

IPOB Not Against Restructuring Of Nigeria, Spokesman Clarifies 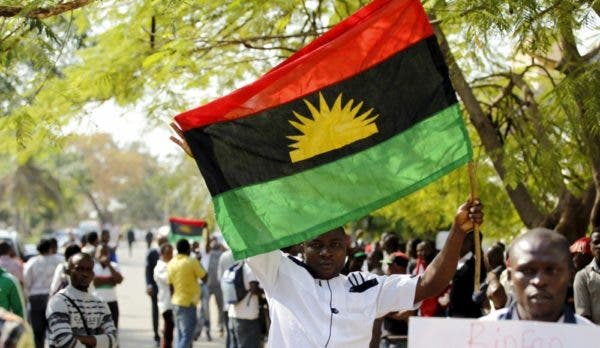 The Indigenous People of Biafra (IPOB) has submitted that contrary to popular insinuations, that it is not against the restructuring of Nigeria.

Spokesman for the secessionist group, Emma Powerful, made this submission on Monday in a statement which was obtained by The Eastern Updates on Monday.

He said, ‘Nigerian government must bear one thing in mind; IPOB is not fighting restructuring. We are not against restructuring but our demand is not restructuring. Our demand is the restoration of Biafra State. All we need is a date for referendum to decide whether or not we want to continue with this forced marriage (Nigeria).

‘But for us, the only thing that can make us slow down a little is government giving us date for referendum. Restoration of the sovereign State of Biafra is a divine mandate. Our eternal leader Dim Chukwuemeka Odumegwu Ojukwu told them to restructure Nigeria they said no and killed millions of Biafrans in the war.

‘Mazi Nnamdi Kanu and IPOB did not come on board to demand restructuring; we are for total freedom and independence.’

Meanwhile, the Chief Whip of the Nigerian Senate, Senator Orji Uzor Kalu, on Monday visited the leader of the Indigenous People of Biafra (IPOB), Mazi Nnamdi Kanu, who is in the custody of the Department of State Services (DSS).