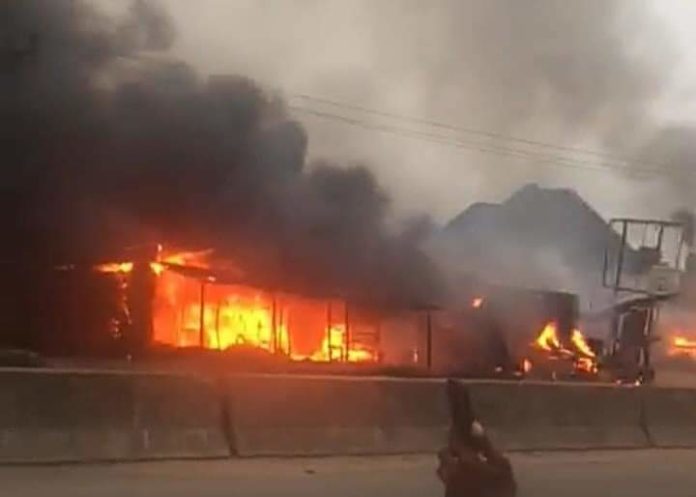 Members of the Nigerian military on Monday regrouped, stormed Awo Mmamma in the Oru East Local Government Area of Imo State and allegedly burnt a hotel, cars, houses, and shops in reprisal after unknown gunmen allegedly killed a military officer when they attacked some soldiers.

The Eastern Updates gathered that the incident which happened at Ishieke junction in the area has caused panic in the community.

A source told newsmen that ‘some hoodlums attacked some soldiers at Ishieke junction in Awo Mmamma and killed one of them. They zoomed off towards Ihiala in Anambra State. Later soldiers invaded the area and caused havoc in the area by setting a hotel, cars, houses and stalls on fire.’

The police spokesperson for the state command, Micheal Abattam, was yet to officially react to the development as of the time of filing this report.