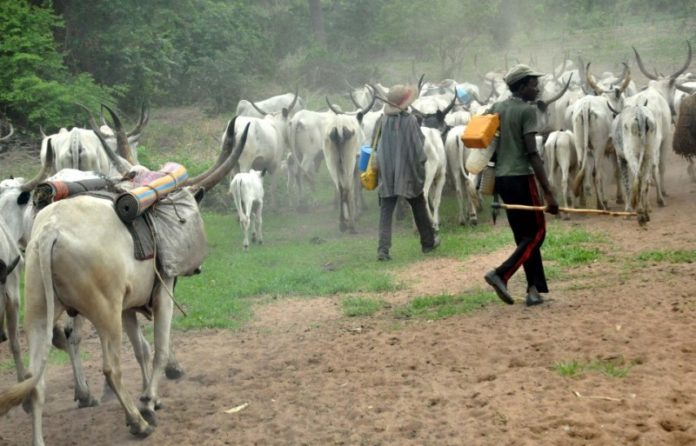 Farmers in Umuepe kindred, Obosa-Assa community in the Ohaji/Egbema Local Government Area of Imo State have cried out to the authorities over the alleged invasion and destruction of their farmlands by Fulani herdsmen.

The farmers who spoke to newsmen on Tuesday stated that the incessant invasion of their farmlands by the Fulani herdsmen in their community had destroyed their crops and other farm produce and subjected them to undue hardship.

According to the enraged farmers, all efforts they had made to make the Fulani herdsmen stop invading their farmlands had proved abortive.

Onuma said, ‘The Fulani herdsmen have dealt with us in this community. Their continuous invasion of our farmlands with their herds is causing a lot of problem for us. As I speak to you, hunger is imminent in our community because they have continued to invade our farmlands. All the crops we planted this farming season have been destroyed and eaten up by the herds of cows unleashed on our farms by the herdsmen’

The deputy head of Umuepe kindred, 79-year-old Nze Reuben Keruo, urged the Imo State Government to stop the activities of the Fulani herdsmen in their community to save them from starvation.

He lamented that the Fulani herdsmen continued to invade their farmlands on a daily basis.

Another victim, Mr Edwin Onyedikom, who took to farming upon retirement, said, “These Fulani herdsmen have destroyed all my farmlands. As I speak to you, I have no other means of livelihood. All efforts we have made to make stop the invasion of our farmlands by the herdsmen and their cattle have remained unsuccessful.

Another farmer, Mr Clifford Eluji, said that the activities of the Fulani herdsmen in his farmlands had rendered his household hopeless.

‘Our people are predominantly farmers. We are known for farming. I am a farmer and it is through the things I get from the farms that I feed my family. Unfortunately, these Fulani herdsmen have continued to invade our farmlands with their cows to destroy our crops. This is unfortunate. I therefore ask the government to come to our rescue.’

The state Commissioner for Information and Strategy, Declan Emelumba, said that he was surprised that there was another clash involving the Fulani herdsmen in any community in the state.

He said that the state government had signed a Memorandum of Understanding between farmers and herders which he said had stopped clashes between the two.

Emelumba however said the state government would investigate the incident with an assurance that it would be resolved.