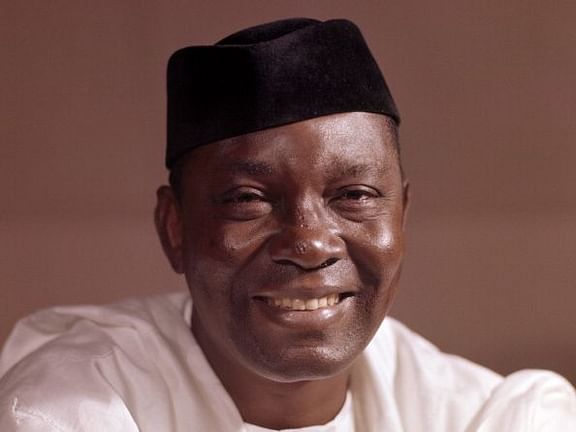 The Anambra State Government has declared that Tuesday 16th November (Today) will be observed as a work-free day in Anambra, in honour of Nigeria’s first President, late Dr. Nnamdi Azikiwe.

C Don Adinuba, the State Commissioner for Information and Public Enlightenment, announced the holiday in a statement today

‘Tuesday, November 16, 2021, has been declared a work-free day in Anambra in honour of Dr. Nnamdi Azikiwe, Nigeria’s first president, who was born on November 16, 1904, ‘ according to the announcement.

‘Anambra State is commemorating the birthday of the man who led Nigeria to independence on October 1, 1960, and is renowned as The Great Zik of Africa because of his exceptional Pan-African vision and devotion for the third year in a row.’

‘It was the Great Zik of Africa who inspired great Pan-African leaders like Ghana’s Dr Kwame Nkrumah, who led his country to independence from colonial rule on March 6, 1957.’

‘Zik, who was born in Zungeru, Niger State, and grew up in Calabar and Lagos, studied a variety of disciplines in the United States and is still the most urbane, cosmopolitan, and intellectually engaging of all Nigerian leaders.’

‘The fact that Nigeria has yet to declare November 16 as a national holiday is a national embarrassment.’

Nnamdi Benjamin Azikiwe, PC, usually referred to as “Zik”, was a Nigerian statesman and political leader who served as the first President of Nigeria from 1963 to 1966. Considered a driving force behind the nation’s independence, he came to be known as the ‘father of Nigerian Nationalism’.