HomePoliticsAbia Has Been Unlucky With Leaders Since 1999 - APGA
Politics

Abia Has Been Unlucky With Leaders Since 1999 – APGA 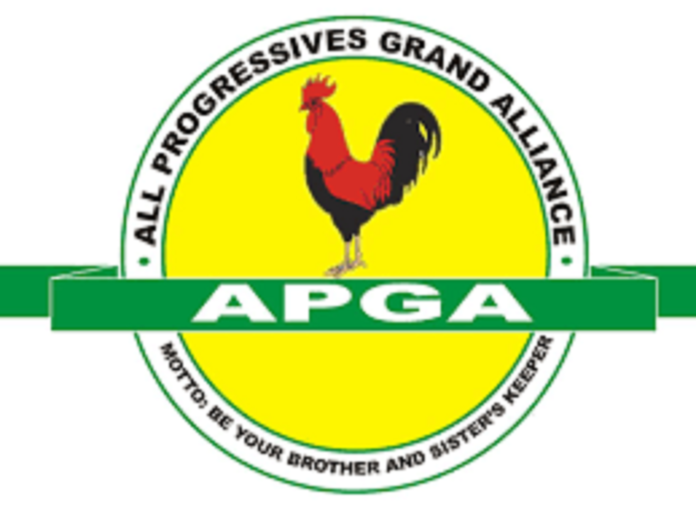 The Abia State chapter of the All Progressive Grand Alliance (APGA) has claimed that the state has been unlucky with the choice of leaders since 1999.

The State Chairman of the party, Rev. Augustine Ehiemere made this claim while briefing newsmen in Aba, on Thursday.

According to him, ‘The people of Abia State have suffered serious economic hardship, strangulations, and subjugation in the hands of political jobbers who forced themselves on the people as leaders in the business of governance in the state since 1999 till date.’

He described successive Peoples Democratic Party-led administrations in the state as ‘insensitive to the plight of the people.’

Ehiemere further noted, ‘Masses of Abia State who are mostly rural farmers cannot boast of good road network, civil servants are not paid salaries, and pensions for over two years.

‘APGA as an opposition party is not ignorant of the few kilometre roads constructed by the Governor Okezie Ikpeazu-led government in Abia. Very instructive is the N27bn which was specifically meant for the construction of Port Harcourt Road, Obohia, Ohanku, and Ngwa roads, all in Aba. What happened to the said N27bn?’

He regretted that the oil-rich Ukwa East and West cannot even boast of access to their council headquarters, adding ‘Abia State economy is in comatose, ranging from health, education, infrastructure, and so on.’

He concluded that the state needed what he termed a ‘change of baton’.

The party berated the state government over the harassment of the member in the state House of Assembly, ‘especially as it relates to the N27b meant for the construction of roads in Aba.’

He implored Abians to stand with the party ‘in terms of fighting for the enthronement of good governance in the state.’