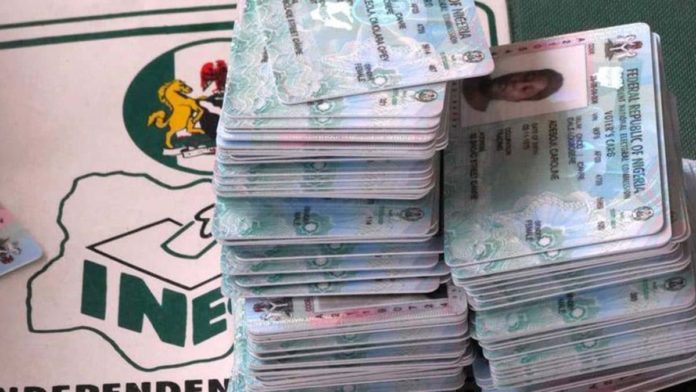 INEC disclosed this in a statement which was obtained by The Eastern Update titled ‘Update on Preparations for the Anambra State Governorship Election‘, signed by Festus Okoye, National Commissioner and Chairman, Information and Voter Education Committee, on Tuesday in Abuja.

Okoye explained that the new printed PVCs included newly registered voters and those who applied for replacement or transfer of their cards in the state during the just concluded first phase of the Continuous Voter Registration in the state.

He said that the cards had been printed and would be delivered to the INEC office in Anambra State on Thursday.

‘In our previous update, the Commission informed the public that a total of 138,802 Nigerians completed the registration in Anambra State.

‘After a thorough cleaning up of the data, it was discovered that the number of multiple registrants was 62,698.

‘Consequently, the number of valid registrants dropped to 76,104.

‘During the same period, there were 5,674 requests for transfers, update of voter information and replacement of lost or damaged cards, giving a cumulative total of 81,778 PVCs.

‘These cards have been printed and will be delivered to our office in Anambra State on Thursday, Oct. 28.

‘The Resident Electoral Commissioner for Anambra State and his staff shall work out the most efficient means of ensuring that the voters concerned collect their PVCs in earnest.

‘Fortunately, the Commission has the telephone numbers and e-mail addresses of all the new registrants. They will be contacted to make the collection seamless,‘ Okoye said.