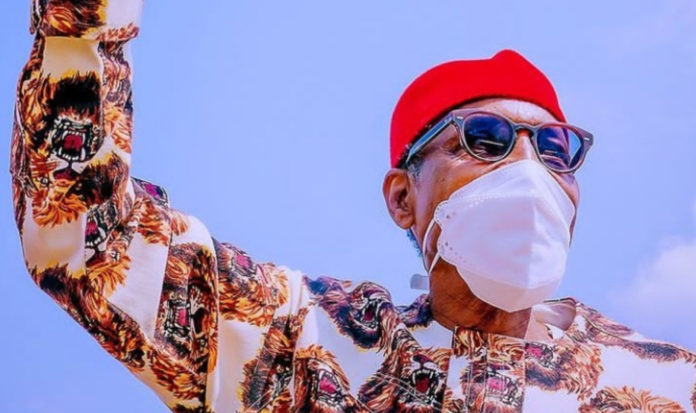 Igwe Maduabuchi Nevobasi, The Ezeani II of Mmaku Kingdom, Awgu Local Government Area of Enugu State has declared that President Muhammadu Buhari would always be welcome in any part of the country, the Southeast particularly.

The monarch stated that as a young military office, Buhari fought for the unity of Nigeria and therefore should be accorded that honour.

According to a statement by Deputy Director (Information) in the state house, Abiodun Oladunjoye, the monarch made the declaration Friday at the Presidential Villa in Abuja by while on a courtesy visit to Mr. Femi Adesina, Special Adviser to the President on Media and Publicity.

The monarch stated that asides the war of unity fought by the young Buhari, the President has equally done many things for the Southeast, perhaps more than any of his predecessors.

‘Look at the Second River Niger Bridge, which is going on at a frenetic pace. Enugu International Airport has a brand new runway and is now in use. The Enugu-Port Harcourt Expressway, Onitsha-Enugu road, and many others are also things to point at in the region,‘ the Igwe said.

‘We thank President Buhari for all he has done for Nigeria in six years. It has not been easy due to many challenges, particularly security, but the good work continues. Igbos would always welcome and support him, and we urge him not to relent in his efforts to keep the country together,’ the monarch added.

On the fight against corruption, he lauded what he called “the admirable strides so far,” adding that there should be no let up, so that public funds can be safeguarded and utilized for development.

Igwe Nevobasi had bestowed the traditional title of Isimmri 1 of Mmaku (Main Source of Water) on President Buhari in 2018, and he says he did it “because we value the man, appreciate his love for country, and for us in the Southeast particularly.”

He assured that calm and peace would soon return to the region, as the traditional institution was working hard to engender reconciliation, and calm frayed nerves.