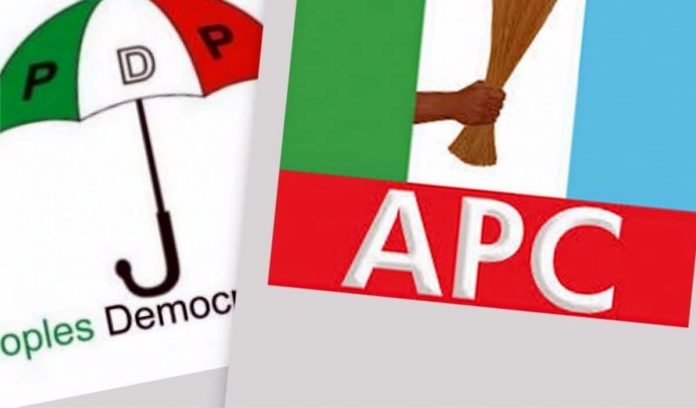 The Deputy Chairman of the All Progressives Congress (APC) in Abia State, Ogunka Adiele, has decamped from the party for the ruling Peoples Democratic Party (PDP) in the State.

The Eastern Updates gathered that Adiele, who is a foundation member of the APC, hailed from Ukwa West Local Government Area in Abia South Senatorial District of the state.

His sudden defection to the PDP is being greeted with outbursts from stakeholders of the APC in Ukwa West and the entire state.

This was disclosed in a release made available to journalists, in Umuahia, on Monday, in respect of the unfolding political events in the party at Ukwa West chapter.

The APC Ukwa West stakeholders, commended members for their consistent and impressive display of seriousness in matters concerning the development of the APC in the local area, such as the recent defection of the State Deputy Chairman to the PDP in Abia.

Speaking at the Stakeholders meeting, one of the leaders in APC in Ukwa West local government area, Barrister Sam Ogbonna, said that the defection of the state Deputy Chairman would not jeopardize the fortunes of the party in the area.

Ogbonna stressed that the party would forge ahead no matter who leaves, with sense of unity and love.

Also speaking, another Party leader, Pastor Dike Nwankwo, charged the members to remain unwavering towards the course of the party, which includes securing win incoming election and as well, sustain the unity of the party in the local government area, especially as the state congress draws nearer.