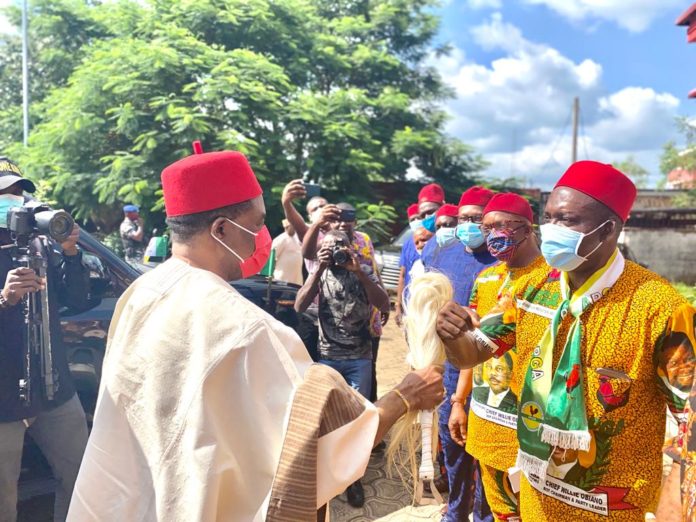 The Eastern Updates gathered that the Traditional Rulers under the umbrella of the Anambra Traditional Rulers Council converged on Professor Dora Akunyili Women’s Development Center, Awka where they met with the governor yesterday.

Governor Obiano said his major aim of gathering the traditional rulers was to appreciate them, having worked well with his administration’s two terms. He pleaded with them to endorse and support the APGA candidate at the polls.

While Presenting the APGA candidate to them, Governor Obiano noted that APGA administration did well under Peter Obi and that his government also did well under APGA. He said Professor Soludo will do best when he assumes office because he performed well managing the Nigerian economy and has the reach, contacts, hence, will be able to attract developments into the state.