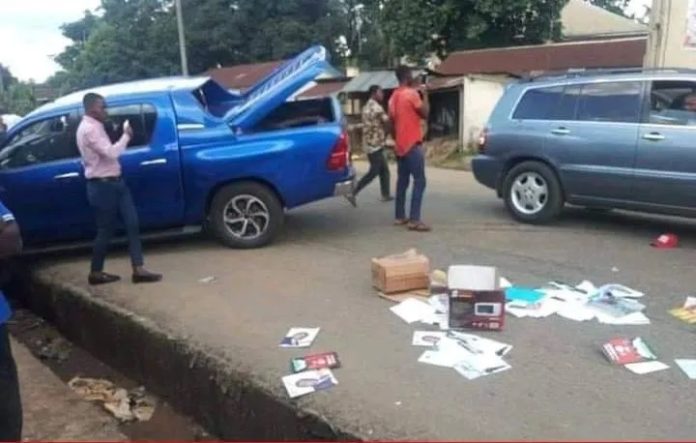 Unknown gunmen, on Thursday, attacked the convoy of Hon Chris Azubogu, the member representing Nnewi North/Nnewi South and Ekwusigo Federal Constituency, killing one of his drivers.

The Eastern Updates gathered from an eye witness that the gunmen were driving in two Sienna vehicles and one Lexus jeep.

The driver of one of the vehicles with registration number, Abuja ABC 307 CM was said to have been shot dead instantly, while the black car had several gunshots.

The gunmen were also said to have collected guns from security men at Roban Stores situated along Nnewi –Nnobi road after attacking the lawmaker’s convoy and zoomed off.

The Police Public Relations Officer, PPRO, Mr Ikenga Tochukwu, a DSP, was not disposed to pick his call when contacted on the phone to comment on the two incidents.