IPOB Orders Sit-At-Home On October 1, Removal Of All Nigerian Flags 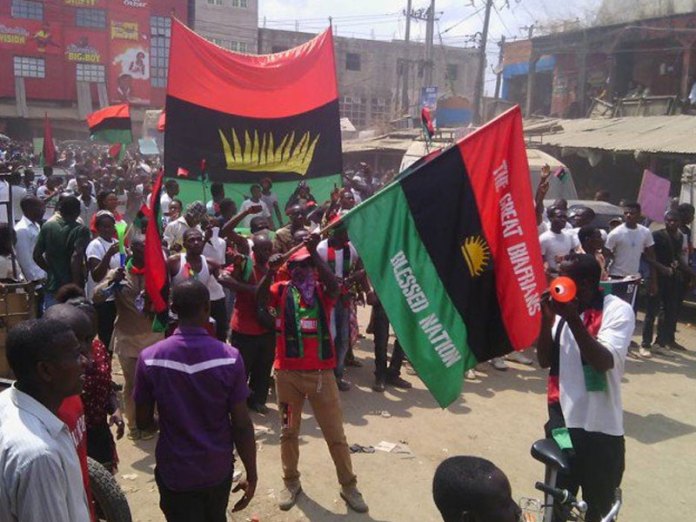 The Indigenous People of Biafra, IPOB, has declared a sit-at-home across the Southeast on October 1.

IPOB said the October 1 sit-at-home is to show its rejection of Nigeria and all the country stands for.

In a statement by its spokesman on Saturday, Emma Powerful, the group also declared the commencement of “operation no Nigerian flag begins in Biafra land from October 1st.”

The statement reads partly: ‘IPOB has declared 1st of October 2021 total shutdown in Biafra land as a sign of our rejection of the evil construct called Nigeria and there shall be no movement in Biafra land on this day.’

‘Also, IPOB has declared from today 25th September 2021 that all Nigerian flag mounted anywhere in Biafra land must be brought down, Banks exceptional, IPOB leadership will communicate to Banks directly and give them reason they must peacefully bring down Nigeria flag in their banking premises before we do it ourselves in our own way.’

‘Every body must strictly adhere to this directives from IPOB leadership, we want to let the world know you that Biafraland is not Nigeria and shall not be. Don’t say I don’t know, a word is enough for the wise.’