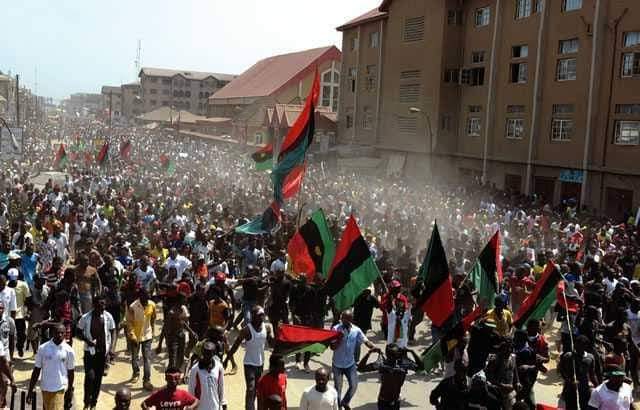 Indigenous People of Biafra (IPOB) has reiterated the suspension of all forms of sit-at-home till further notice.

A statement by the media and publicity director of the group, Emma Powerful, yesterday, however, warned anybody attempting to enforce the order to shelve their plan or have themselves to blame.

Powerful revealed that already, a task force has been set up to that effect to check those who might attempt to enforce the order, especially on Friday.

‘We have set up a taskforce to deal with such hooligans. My fellow Biafrans, there is no crack in IPOB and there is no sit-at-home order again this week until the day our leader, Mazi Nnamdi Kanu, will appear in court and our people must disregard any statement that is not from our media and publicity secretary Emma Powerful.

Read Also: IPOB, Others Not Different From Boko Haram – Gbajabiamila

‘IPOB is not going to order sit-at-home on Friday again because our people have suffered a lot but agent of darkness living in Europe thinks he can succeed but it’s little time he will realise that we are smarter and intelligent than him. Our people should go their normal business on Friday there is no more sitting at home order from IPOB,’ Powerful stated.

‘It is not in our DNA to kill an ordained priest who was not in any way working against Biafran restoration. We want to make it categorically clear that Nigeria security agencies created unknown gunmen which are select Fulani terrorists operating in the name of unknown gunmen,’ Powerful alleged.

IPOB has also warned traditional rulers, highly placed politicians, and religious leaders in the South East to be more cautious, claiming that there was a secret plot to eliminate them and blame it on its Security outfit, Eastern Security Network (ESN).

‘God has endorsed Biafra restoration.  We, therefore, advise all traditional rulers,  politicians, religious leaders, and other VIPs in Biafra land to be very circumspect. The enemies have a secret agenda to eliminate them and blame it on IPOB just to demonise us. They should take this alert very seriously,‘ Powerful warned.