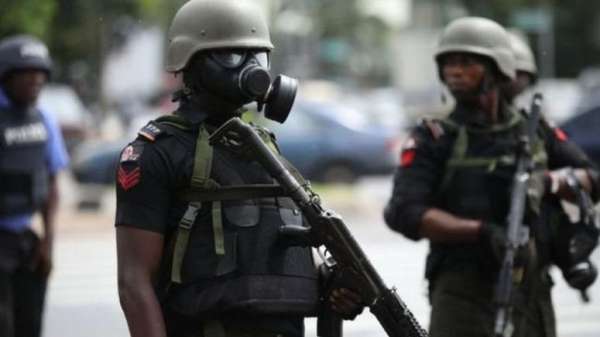 Police in Ebonyi State have rescued a 9-month-old female baby abandoned at a riverside in the Ishielu area of the state.

The Eastern Updates gathered that this happened at Ebonyi river in Ezillo Community in Ishielu Local Government Area.

Police Public Relations Officer for Ebonyi command, Loveth Odah, who confirmed the incident in a statement explained that the baby was noticed by a farmer who drew the attention of the Police Operatives attached to Ishielu Police Division of the Command before she was rescued and handed over to the gender unit of the state police command.

‘The Ebonyi State Police Command, today 27th August 2021 at about 0915hrs rescued a nine-month-old female child that was abandoned at Ebonyi Riverside-Ezzillo Community in Ishielu LGA of Ebonyi State.

‘The baby was sighted by a farmer who alerted the Police Operatives attached to Ishielu of the Command before she was rescued and handed over to the gender unit of the State Police Command.

‘The Commissioner of Police Ebonyi State Command, CP Aliyu Garba, has directed that the baby be accorded proper medical attention and taken to a government facility for custody and proper care.

‘The CP assures the general public that the Command will continue to collaborate with all the relevant government agencies and non-government bodies in fighting against this inhuman act and other social vices in Ebonyi State,’ the statement read.