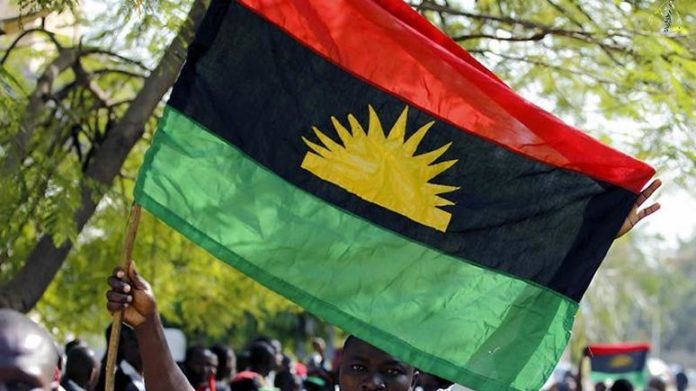 The Coalition of South East Youth Leaders (COSEYL) has appealed to the Indigenous People of Biafra (IPOB) to cancel their planned Monday lockdown in the interest of Igbo and the country in general which it noted is struggling to rise from its economic challenges.

In a statement sighted by The Eastern Updates, the President General of COSEYL, Goodluck Ibem, explained that while it understood that the group has the right for self-determination, it, however, saw no economic wisdom in shutting down businesses in the zone, especially on Mondays regarded as the beginning of the business week in Nigeria.

Ibem also pointed out that majority of Ndigbo depend on daily income to feed their families and dependents and that there was no sense in ordering them to shut down such income-generating ventures for whatever reason.

‘COSEYL urges the group to, in the interest of the South East, review its latest policy directive given the current harsh economic realities biting hard not only on Ndigbo but the entire nation at such excruciating moment. Shutting down the region and economic activities thereof does nobody or group any good, and is therefore not a win-win case at a time like this. COSEYL calls on IPOB not to allow its activities to jeopardise the region in which case the goal of the group would amount to an own goal.’

The group, however, said it was in support of the release of Nnamdi Kanu from the DSS custody to allow him enjoy his rights and face his trial. It also condemns the way Kanu, whom the Federal Government last month ‘intercepted’ was smuggled into Nigeria from Kenya against international laws and conventions.

In a related development, the Igbo for a Progressive Nigeria (IPAN) has warned that the exercise was not in the best economic interest of the Igbo.

National leader of IPAN, Lawrence Onuzulike, and Secretary, Dr. Eugene Uche, at a press conference in Awka, Anambra State said obedience or enforcement of the order would lead to the crippling of businesses of the Igbo both in the South East and Nigeria.